Sense of Obligation may be the Reason Behind Trusting Strangers 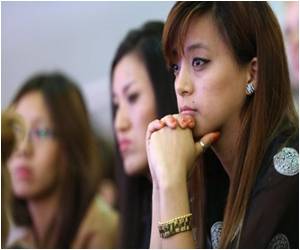 Feeling morally obligated to show respect for someone else's character may have more to do when it comes to trusting a stranger than actually believing the person, researchers believe.

Researchers including lead author David Dunning, PhD, of Cornell University, conducted six experiments involving 645 university students, 311 from Cornell and 334 from Cologne University in Germany. Across four of the experiments that used a behavioral test known as the "trust game," a total of 62 percent of participants trusted by giving money to a stranger who could keep it or give back a larger amount than he or she had been given.

The study used variations of the trust game, which involves two people who don't know each other. One participant begins with a small amount of money, such as 5 dollars. First, that person is asked whether he wishes to keep the money or give it to a stranger, who is the second participant. The first person is told that if he gives the money away, it will be increased by a certain factor, such as by four, resulting in 20 dollars. The second participant can keep the entire 20 dollars or give 10 dollars back to the first participant. Both players know the rules of the game and they remain anonymous to each other following the study.

The study has been published in APA's Journal of Personality and Social Psychology.

World Cup Fans Told to be Cautious About Strangers, Favelas and Mosquitoes
Here are some of the consular tips being offered to foreign football fans heading to the World Cup ....

Bonobos Share Food With Strangers
According to a research, Bonobos value social networking so much, they share food with a stranger .....