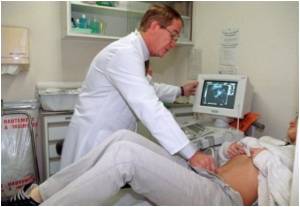 As the wage negotiations with the state government stall, visiting doctors in Queensland threaten to walk out of their jobs. The move could virtually immobilize the health system, it is feared.

Seventy-four of the state's most senior doctors - visiting medical officers (VMOs) - have written letters of resignation and will quit the system unless Queensland Health urgently addresses their concerns, said the chairman of the Australian Medical Association Queensland's VMO committee, Ross Cartmill.

Ethics is the application of values and moral rules to human activities. Bioethics is a subsection of ethics, actually a part of applied ethics that uses ethical principles and decision-making.
Advertisement

The VMOs say they have been working without an employment agreement for 18 months. They work in the private sector and often travel to rural areas to train young doctors and treat patients for Queensland Health.

Victoria is reeling from a severe shortage of doctors. To compound the situation overseas recruitment is lagging behind other Australian states. Meantime doctors are threatening industrial action.
Advertisement
"VMOs in southeast Queensland will resign in support of their colleagues who treat patients and teach junior doctors in regional and rural locations such as Mt Isa on behalf of Queensland Health," Dr Cartmill said.

A spokeswoman for the medical association said the number of VMOs threatening to resign is expected to grow.

"If we were to lose VMOs, entire departments would close down," he said.

"In Brisbane, areas such as breast cancer treatment, ENT surgery, vascular surgery, diabetes treatment and neurosurgery are almost entirely staffed by these VMOs."

Health Minister Paul Lucas told state parliament the government had reached an agreement with the association in 2009 on pay increases for visiting specialists but the latter had reneged on the deal.

"The government is more than happy to continue to work with the AMAQ on this deal," Mr Lucas said.

"The deal sees specialist doctors paid about $140,000 a year for 15 hours of work a week in our public health system.

"That's over and above what they earn in their private practice."

He said they were offered a three-year pay increase deal broken down into 4.5, four and four per cent each year, which was the same for teachers, nurses and full-time doctors.