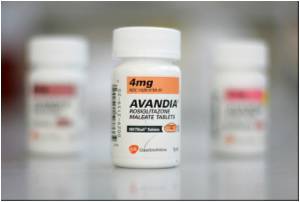 Many members of a key advisory committee recommended that the US government allow diabetes drug Avandia to stay on the market with greater restrictions on its sale.

Most of the panel's members agreed that the drug increases the risk of heart problems, but only 12 of the 33-member expert panel voted to remove GlaxoSmithKline's one-time blockbuster medication from the market.

Twenty members voted to keep the drug on the market, with 17 urging greater restrictions such as revisions to the label, special warnings for at-risk patients, or requirements for additional physician and patient education. There was one abstention.


"The recommendations are advisory to the FDA," said Janet Woodcock, who heads the Center for Drug Evaluation and Research, the Food and Drug Administration office that reviews new drugs for safety and efficiency.

Almost one-third of the people are unaware of the risk factors of diabetes. Find out if you run the risk of diabetes by using Diabetes Risk Assessment calculator.
Advertisement
"However, FDA takes the committee's advice very seriously," Woodcock said at the end of the meeting. "We will come to a decision as soon as possible and announce that publicly."

The vote came at the end of a second day of hearings about the side-effects associated with the drug, which generated some 1.2 billion dollars in 2009 for Britain's largest pharmaceutical firm.

Avandia has long been associated with an increased risk of heart attack and stroke, and a 2007 Food and Drug Administration study linking the medication to serious health concerns prompted authorities to slap a warning on it.

The panel vote Wednesday was convened at the FDA's request, but can offer only an advisory opinion that the US regulatory agency is not bound to follow.

"We look at the (vote) numbers but it's not the only thing that the FDA is taking into account," FDA spokeswoman Karen Riley told AFP.

Earlier Wednesday, the panel voted on a series of propositions about Avandia, including whether it was linked to heart problems and whether it was more likely to produce cardiovascular ailments than other similar drugs on the market.

Nineteen members of the panel endorsed a finding that the drug, which helps diabetics control their blood sugar, does increase the risk of heart attack or stroke in users.

The vote ended a hearing that began with allegations that GlaxoSmithKline (GSK) had hidden studies linking its drug to serious cardiovascular problems.

But the company's internal communications, including some dating back to 2000 -- a year after Avandia was brought to market -- showed Glaxo chose to not make the results public, the senators said.

One of the studies, which showed that taking Avandia gave patients a worse lipid profile than Actos, a comparable diabetes drug made by a competitor, was withheld from the FDA's attention, the senators wrote.

Higher lipids can contribute to an increased risk of heart attack or stroke.

According to an internal Glaxo email attached to the senators' letter, Glaxo senior management requested that the results of the study "should not see the light of day to anyone outside of GSK."

A note on whether to publish two further studies, which also found problems with Avandia, said bluntly, "Not a chance."

Glaxo spokeswoman Mary Anne Rhyne said the allegations and the material released by Baucus and Grassley had been "intentionally taken out of context."

The documents "are a small subset of the 14 million pages of documents that have been provided" by GSK in the course of litigation over Avandia.

The communications are part of thousands of pages of documents under seal at a Philadelphia court where some 8,000 lawsuits are still pending against Glaxo.

In response to Wednesday's panel vote, the pharmaceutical maker pledged to continue working with US regulators.

"Following today's recommendations, we will, of course, continue to work with the FDA in the best interest of diabetes patients who face this chronic and serious disease," said Ellen Strahlman, GlaxoSmithKline's chief medical officer.

The company reminded the public that in the meantime Avandia "remains available to physicians and appropriate patients as an option to help control blood sugar in patients with Type 2 diabetes."

A European medical regulatory body is to begin evaluating Avandia's safety on July 19.

The Essence of Yoga Blood Donation - Recipients How to Reduce School Bag Weight - Simple Tips Color Blindness Calculator Nutam (400mg) (Piracetam) Find a Doctor Find a Hospital Sanatogen Vent Forte (Theophylline) Blood - Sugar Chart
This site uses cookies to deliver our services.By using our site, you acknowledge that you have read and understand our Cookie Policy, Privacy Policy, and our Terms of Use  Ok, Got it. Close
×