'Selfie' Might Be Word Of The Year, But 'Science' Is Most Searched Word On Merriam-Webster 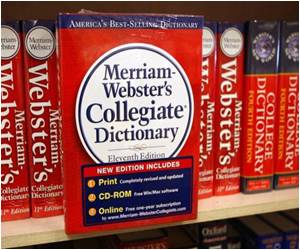 'Selfie' is the most looked up word this year in the Oxford dictionary, but did you know that Merriam-Webster's 'Science', accounted for a 176 percent increase for the word when compared to last year.

President and publisher of Merriam-Webster Inc, John Morse said that 'Science' as the most looked up justifies a lot of big stories the society is grappling with like climate change or environmental regulation, CBS News reports.

Morse said that 'Science' is connected to broad cultural oppositions along with the power of observation and intuition, reason and ideology, evidence and tradition.


Meanwhile, host of the popular 'Brain Games' show, on the National Geographic Channel, Jason Silva was thrilled with the news and said that it makes him happy to see that people are becoming increasingly scientific minded.

Source: ANI
Advertisement
<< A Mother is a Very Important Part of A Child's Life, But Di...
Relationship Between Obesity and Cancer Found Through Radio... >>