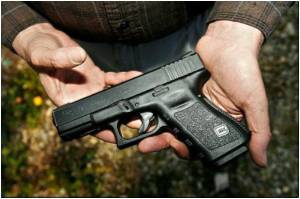 To ensure safety on campus, Texas lawmakers are considering passing a bill that would allow students and academicians to carry guns on campus. This safety measure is considered following last month's Arizona shootings.

If passed, the law would permit half a million students attending the city's 38 public colleges to carry handguns, The Telegraph reports.

Texas would become the second state, after Utah, to enforce such a rule if the law is passed. Earlier, over 20 states had rejected similar proposals introduced since the Virginia Tech massacre in April 2007.


Colleges, churches and business organisations in Texas are currently allowed to an firearms from their premises. Guns are prohibited from university buildings, dormitories and surrounding grounds, the paper added.

As Students Are Hard to Come By, Taiwanese Universities Decide to Merge

Taiwan has decided to allow public universities to merge as student numbers continue to shrink due to one of the world's lowest birth rates, an official with the education ministry said Tuesday.
Advertisement
Texas for Gun-free Schools, a group campaigning against the measure, said that it was supported by only one in four Texans and just 15 per cent of students.Guns do not belong in classrooms, and the incredibly low violent crime rate on college campuses demonstrates the success of this policy," the group added.

The supporters, however, argued that the state should allow people to carry hidden weapon to prevent themselves from any further massacre like that in Arizona.

"It's strictly a matter of self-defence. I don't ever want to see repeated on a Texas college campus what happened at Virginia Tech. Some deranged, suicidal madman goes into a building and is able to pick off totally defenceless kids like sitting ducks," Jeff Wentworth, a Republican state senator, said.

Guns and Dolls - the Gender Divide