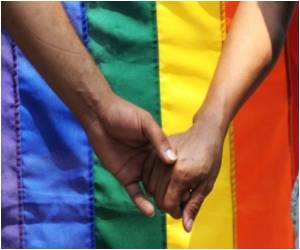 From his days as a disc jockey, Hong Kong's first openly gay lawmaker is known as "Slow Beat." Despite this Raymond Chan says there is nothing slow about his plans to reform the Asian banking hub.

Chan publicly revealed his sexuality only after winning a seat in the former British colony's legislature last weekend, as a representative of the radically pro-democracy People Power party.

He said he plans to use the four-year term of the 70-seat assembly to push for full democracy and the legalisation of same-sex marriage in the socially conservative southern Chinese city.


"If I can't fight for my own rights, how can I help the oppressed and the underdogs?" the 40-year-old told AFP, wearing a suave sky blue shirt and beige khaki pants.

"As a lawmaker -- whether I like a man or a woman -- it doesn't affect my capability or my political ideologies."

Contrary to his soft-spoken manner and boyish look, Chan is a member of a hard-hitting anti-Beijing party which, along with the League of Social Democrats, is known for its unruly interruptions of legislative council sittings.

His victory has been hailed by gay rights activists, who see his election as a step forward to push for sexual minority rights in a city where homosexuality was only decriminalised in 1991.

But since then, critics say the fight for equality has been painstakingly slow despite Hong Kong's cosmopolitan outlook and ultra-modern self-image.

A survey sponsored by British bank Barclays in May found Hong Kong's gay community faced widespread discrimination, with 85 percent saying they experienced a "negative impact" at their workplace.

"There is no protection for gay couples. I hope we can enact laws to ban discrimination against one's sexual orientation as soon as possible and of course, the long-term goal is to amend the laws to allow same-sex marriage."

He is not daunted by the likely resistance he will face from the city's Buddhists and Catholics, and promised to use an "educational" approach rather than the noisy antics of some of his allied lawmakers.

"It may take one term, it may take two terms, but at least there's someone who gets the ball rolling," he said.

He said he has received overwhelming support since coming out days after the election, and admitted he did not make public his sexuality during his campaign because it was "not a selling point".

He is currently single after breaking up with his boyfriend, who he was in a relationship with for a year, during the run-up to the polls.

"I was sad that night but I had to go on with my election campaign," he said of the separation.

At present, Hong Kong's chief executive is selected by a 1,200-strong election committee and only a little over half of the legislature is elected by popular vote.

Beijing has promised to introduce "full suffrage" for the leadership polls in 2017 and the 2020 legislative vote, but many democrats fear the communist mainland authorities have no intention of honouring their promise.

"My dream is that one day when same-sex marriage is allowed in Hong Kong, I will be the first to get married," Chan said.

"And I would like to invite the chief executive -- one that is elected by all Hong Kong people through universal suffrage -- to my wedding banquet."

Source: AFP
<< Children To Be Educated About 'Potential Dangers' of Facebo...
In Czech Alcohol Poisoning Outbreak Death Toll Up to 20 >>

Is Life Better Staying Single or Getting Married?
News Archive
News Resource
News Category
Improve Road Safety Measures and Save Half a Million Lives Every Year Worldwide Love Hormone Improves Bonding and Cooperation in Social Networks Five Love Languages Every Couple Should Know Go for a Walk to Speed Up Your Brain Function 5 Types of Tea Women Should Drink Daily
More News
Sign up for Wellness Consult a Doctor Sign up for Selfcare