See What Happens When Things are Even a Bit Off Track 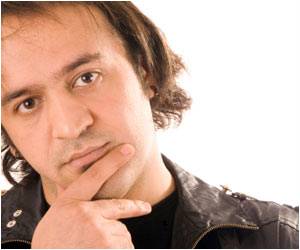 An interesting study says that culture shocks that result from migrating to a different country or accepting a refugee from other countries, can actually make us better thinkers.

People are more likely to think and behave mindlessly - buying things, eating more and performing poorly on cognitive reasoning tests when they encounter a cultural situation that meets their expectations, said the study. The researchers referred to these situations as moments of "cultural fluency."

In the mobile unit on the island of Lesbos, attending to thousands of refugees and migrants landing from neighboring Turkey is a round-the-clock affair.
Advertisement

"Culture sets up a general blueprint for the way things should work, so that if things unfold as we expect, we do not have to think," said study corresponding author Daphna Oyserman, from University of Southern California in the US. The opposite is true for people confronted with moments of "cultural disfluency".


People encountering cultural gaffes flex their brains more and perform better on cognitive reasoning tests and are less likely to succumb to impulse purchases and consumption, the researchers said.

According to the World Health Organization, about 21 million people are infected with typhoid every year, and an estimated 216,000 to 600,000 die.
Advertisement
"We are used to thinking about culture shock as negative and something that happens to those who move, but the disfluency that results in culture shock has some positive consequences for thinking," Oyserman pointed out.

For the study, the researchers ran a series of experiments. In one of the experiments, Americans were asked to rate photographs taken at actual weddings.

Half were shown photos of a traditional-style or "culturally fluent" wedding - a groom in a black tux, bride in a white dress, and a typical tiered cake - and the other half were shown photos of non-traditional, or "culturally disfluent" wedding - a bride in a green dress, a groom in a purple tux and a cake decorated with gears.

There were three groups of participants, ranging in number fro 69 to 132 participants. In one group, participants took a cognitive reasoning task after viewing the photographs.

Those who saw the traditional wedding made more reasoning errors. All the experiments demonstrated what happens when things are even a bit off track Oyserman said. The study was published online in the journal Social Cognition.

The Japanese government will lift the evacuation order in September and declare Naraha a safe place to live. But activists are unhappy with decontamination work.
Advertisement
<< Know How to Warm Things Up In A Romantic Relationship
Madhya Pradesh Patients Affected Due to Chemists' Strike >>