Secrets To Success of Olympic Medallists Probably Hidden In Psychology 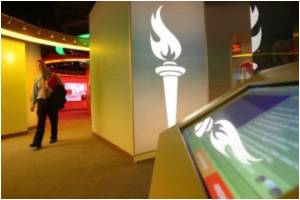 Olympians are famous for their superhuman athletic talents and event-specific skills however, it is probably psychology that separates medal winners from rest, reveal researchers.

Some of the personality traits and habits associated with greater success at the Olympic Games may be applicable to nonathletes with more common goals, such as career achievements and health gains, Daniel Gould of Michigan State University told LiveScience.

Like Yourself or Others: It may be in Your Genes

Scientists from UCLA have identified a gene, which is responsible for three amazing psychological 'tools' - optimism, self-esteem and 'mastery' over life
Advertisement

There are seven secrets of success that have been assembled from Olympic medalists.


The first one is to know how hard to push.

Unsurprisingly, many Olympians come from families that model a strong work ethic. Many Olympians as children were expected to follow through on commitments, and tremendous dedication is considered necessary to win a medal.

A new study from the University of Kentucky says that staying optimistic might boost the immune system and confer better health on individuals.
Advertisement
But the tendency to turn to hard work can sometimes backfire, when the sportsperson is anxious to achieve. Many talented Olympians' failure has been attributed to working too hard, especially right before the competition.

The second secret of success is optimism. It is true that having a more optimistic personality is associated with success both at the Olympics and in everyday life and pop psychology loves to champion the benefits of optimism, Gould said.

But the power of optimism does not lie in seeing the world through rose-colored glasses. In fact, an optimist's initial assessment of a situation tends to be as realistic as a pessimist's, according to research by Michael Scheierand colleagues at Carnegie Mellon in Pittsburgh.

Optimism's value likely lies in the motivation it creates to improve one's life, scientists think. Optimistic people, for example, are more likely to actively search for solutions to problems than pessimistic people, who may think such efforts are futile.

In order for optimism to be truly beneficial - whether for highly competitive sporting events, career ambitions or lifestyle changes - it must be balanced with self-awareness, Gould said.

"You need a little self-doubt to keep you honest," he said.

Psychologists differentiate between sources of motivation that come from within a person - such as a natural interest - and those that come from outside, like praise and monetary rewards. The former, so-called intrinsic motivators, are more strongly correlated with success than external rewards, Gould said.

Researchers have further found that external rewards can actually undermine intrinsic motivation. This is why, when we start getting paid for our hobby, it becomes work and when that book about space travel becomes assigned reading, it no longer follows us to bed.

"Successful performances seldom happen by chance and can easily be disrupted by distractions," Gould said, pinpointing distractions as the biggest challenge facing Olympians.

Perhaps the most important strategy for success, especially when it comes to achieving a long-term goal, is having a routine, and adhering to that routine even in the face of chaos, Gould said.

A routine can steady an athlete amidst the buzz, distractions and anxieties inherent to the games, and help them perform at their best.

Optimism Can Keep You Going

People are by nature optimistic, according to a new survey.
Advertisement
<< Cataract Surgery may Lower Risk of Hip Fractures
Worth of London Olympic Medals is Only 3 Pounds >>