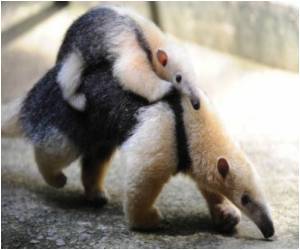 It is well-known that like most infectious diseases, rabies can attack several species.

However, which species are going to be infected and why turns out to be a difficult problem that represents a major gap in our knowledge of how diseases emerge. A paper just published in the journal Science by a team of researchers led by Daniel G. Streicker, a PhD student at the University of Georgia Odum School of Ecology, has begun to close that knowledge gap.

The paper, co-authored by researchers from the U.S. Centers for Disease Control and Prevention, the University of Tennessee-Knoxville and Western Michigan University, provides among the first estimates for any infectious disease of how often a disease can be transmitted across species in complex, multi-host communities and the likelihood of disease establishment in a new host species.


"Rabies happens to be an ideal system to answer these questions," said Streicker. "Rabies occurs across the country, affects many different host species and is known to mutate frequently." Although cases of rabies in humans are rare in the U.S., bats are the most common source of these infections, according to the CDC.

Anthrax is caused by the bacterium Bacillus anthracis and spreads when the anthrax spores are inhaled, ingested, or come into contact with the skin lesion on a host.
Advertisement
<< Splitting Bowel Preparation Dosage is Most Effective Cleans...
H1N1 Used New Trick to Cause Pandemic >>

The Indonesian government is to vaccinate all dogs on the holiday island of Bali to combat a raging rabies epidemic that has left 76 people dead over two years, an official said Friday.