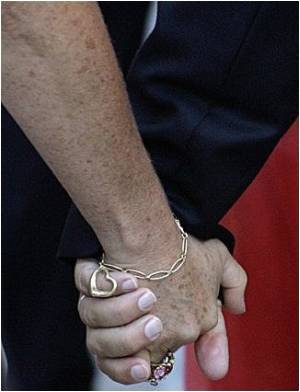 An author has fished out decades of scientific research to identify the secrets of a happy married life.

According to The Telegraph, Anneli Rufus, a journalist and author, has now delved into the archive of studies dedicated to the subject to compile a list of 15 warning signs that someone is heading for a divorce.

And one can guarantee marital bliss if you take care of these signs.


Here are Rufus' 15 signs that you are headed towards divorce:

1. If you're a woman who got married before the age of eighteen, your marriage faces a 48 per cent likelihood of divorce within ten years.

Have you ever tested your happiness level? Test your happiness and find out how happy you are with your life.
Advertisement
2. If you're a woman who wants a child much more strongly than your spouse does, it's twice as likely that your marriage is nearing an end.

4. If you're a man with high basal testosterone, you're 43 per cent more likely to get divorced than men with low testosterone levels.

5. If your child has been diagnosed with ADHD, you are 22.7 per cent more likely to divorce before that child turns eight years old than parents of a child without ADHD.

6. If you are currently married but have cohabited with a lover other than your current spouse, you are slightly more than twice as likely to divorce than someone who has never cohabited.

7. If you didn't smile for photographs early in life, your marriage is more likely to end in divorce than if you smiled intensely in early photographs.

8. If your child has died after the twentieth week of pregnancy, during labour, or soon after labour, you are 40 per cent more likely to divorce than if you had not lost a child.

13. If either you or your spouse has suffered a brain injury, your marriage faces a 17 per cent chance of ending in divorce.