How does being physically fit affect our aging brains? The exciting new study led by Dr Hideaki Soya from the University of Tsukuba in Japan and his colleagues show, for the first time, the direct relationship between brain activity, brain function and physical fitness in a group of older Japanese men.

They found that the fitter men performed better mentally than the less fit men, by using parts of their brains in the same way as in their youth. As we age, we use different parts of our brain compared to our younger selves.


For example, when young, we mainly use the left side of our prefrontal cortex (PFC) for mental tasks involving short term memory, understanding the meaning of words and the ability to recognize previously encountered events, objects, or people. When older, we tend to use the equivalent parts of our PFC on the right side of the brain for these tasks.


The PFC is located in the very front of the brain, just behind the forehead. It has roles in executive function, memory, intelligence, language and vision. With tasks involving the temporary storage and manipulation of memory, long term memories and inhibitory control, young adults favor the right side of the PFC, while older adults engage both the right and left PFC. In fact, with aging, we tend to use both sides of the PFC during mental tasks, rather than just one.

This phenomenon has been coined HAROLD (hemispheric asymmetry reduction in older adults) and reflects the reorganization of the brain as compensation for reduced brain capacity and efficiency due to age-related structural and physiological decline.

Using clever statistical tests called mediation analyses to look at these interactions, the researchers found that aerobically fitter older men can perform better mentally than less fit older men by using the more important brain regions when needed. In fact, the fitter older men are using parts of their brains in the same way as when they were younger. The study appears in NeuroImage.

How Do We Age? Genes That Change in Their Patterns of Expression With Age Identified
1450 genes reveal the signs of faster aging process and also a link between genes and factors such as diet, smoking and exercise.
READ MORE

Effect of Diet on the Brain
A strict diet could save brain from aging, say scientists.
READ MORE

Exposure to Air Pollution Significantly Reduces White Matter in the Brain
Several parts of the aging brain are an important target of neurotoxic effects induced by long-term exposure to fine particles in the ambient air.
READ MORE 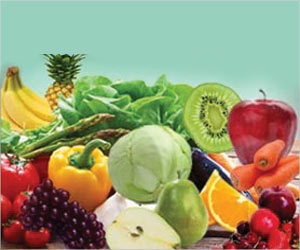 Hybrid of the Mediterranean and DASH Diet, 'MIND Diet' may Slow Brain Aging by 7.5 Years
Older adults who followed the MIND diet more rigorously showed an equivalent of being 7.5 years younger cognitively than those who followed the diet least.
READ MORE