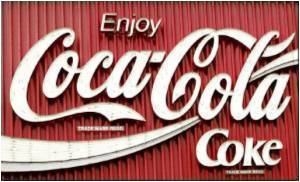 For the first time, US soft drinks company Coca-Cola is putting the secret formula for its signature beverage on 'display'.

But visitors to to a new exhibit at the World of Coca-Cola museum in Atlanta, Georgia shouldn't expect to learn too much -- the museum will only be showing the metal box that houses the recipe.

Simple and practically possible lifestyle changes can make a huge difference in improving our health status without actually putting much effort.
Advertisement

The box, which until recently had not left a vault in an Atlanta bank since 1925, has been transferred to the museum in the southern US city, which is also home to the company's headquarters.


"This is a special day in Coca-Cola history, and the perfect culmination to our 125th anniversary celebrations this year," chief executive Muhtar Kent said in a statement Thursday.

Heart disease can be of many types depending upon whether they involve the heart muscles or artery walls or heart beats. Bad lifestyle choices contribute to heart disease.
Advertisement
Coca-Cola "has always gone to great lengths to protect it and now by safeguarding it at the World of Coca-Cola, we can share its legendary legacy with people around the world," added Phil Mooney, director of archives.

Coca-Cola was created in 1886 by Atlanta pharmacist John S. Pemberton. The formula for the drink was a closely guarded secret, only known by a few people and never written down.

But in 1919, in order to secure a bank loan, then owner of The Coca-Cola Company Ernest Woodruff provided the written formula as collateral. It was placed in a New York bank vault until the loan was paid off in 1925.

Woodruff then reclaimed the written formula and secured it at the Trust Company Bank, now SunTrust, where it had remained there until its recent move.

Coca-Cola now bottles and distributes a wide range of non-alcoholic drinks, including carbonated beverages, sports and energy drinks, juices, bottled water and bottled and canned coffee and tea. Consumers in more than 200 countries drink 1.7 billion servings of Coca-Cola products a day, according to the company, which employs more than 700,000 people.

Health screening, along with a healthy diet and exercise, is necessary for good health and a higher quality of life.
Advertisement
<< US Politico Now Sperm Donor in New Zealand
Transgender Reality TV Show in Bangladesh >>

Loram (2 mg) (Lorazepam) Blood Donation - Recipients Hearing Loss Calculator Vent Forte (Theophylline) Turmeric Powder - Health Benefits, Uses & Side Effects A-Z Drug Brands in India Find a Hospital Accident and Trauma Care Color Blindness Calculator The Essence of Yoga
This site uses cookies to deliver our services. By using our site, you acknowledge that you have read and understand our Cookie Policy, Privacy Policy, and our Terms of Use