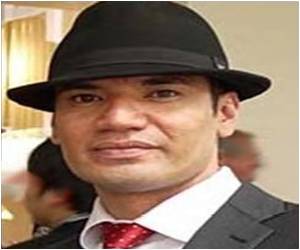 Hohepa Morehu-Barlow, also known as Joel Barlow, is wanted. Police have applied to freeze his assets, including a luxury inner-city apartment and several high-end cars, including a Mercedes.

Hospitals across the US are implementing high-tech biometrics technology to prevent insurance fraud and identity theft.
Advertisement

"It is suspected that this individual has embezzled up to $16 million with one payment of $11 million stolen in the last two weeks alone," Bligh said in a statement.


"If the allegations are true this man has defrauded all of Queensland and he will face the full force of the law.

"I am furious that something like this could happen. I am furious at the individual and, if there have been structural failings that allowed this to happen, I will tear those structures down."

US Health Insurance Fraud Cases Up 85 Per Cent in 2011

The Obama administration's emphasis on enforcement has caused Federal prosecutions of health care fraud to skyrocket.
Advertisement
Morehu-Barlow, 36, was employed as a finance manager in Queensland Health's community services branch.

Bligh said it could be the most serious case of fraud ever in Queensland's public administration, with the government tipped off late Thursday after a departmental officer noticed a discrepancy in payments.

Morehu-Barlow was at work on Thursday but failed to turn up on Friday.

"We will leave no stone unturned in order to recover every cent we can for the Queensland taxpayer," added the premier.

How Can An American Combat Health Care Fraud?