Screening of Mental Health Vitally Important to Go to War 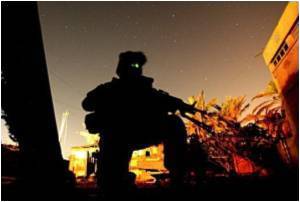 American soldiers should be screened for mental health issues before sending them to Iraq, recommends a study that has been published in the American Journal of Psychiatry.

The study conducted by Army Major Christopher Warner comes after the high rates od depression, post-traumatic stress disorder (PTSD) and suicide that have plagued the US army with the nine years of fighting in Afghanistan and Iraq.

Of the six brigades of 21,031 soldiers who had been sent, three were screened and three had left before the procedure took place. The screened soldiers were questioned about their mental health and history. Based on the findings, action was taken to give appropriate attention to those who needed it.


Researchers discovered that psychiatric or behavioral problems among the screened brigades serving in Iraq were 78% lower, and suicidal behaviors were 50% lower. The control group, on the other hand, had twice as many men who needed to be evacuated for mental health reasons.

Suicide is an act of ending one's own life and it usually results from emotional isolations and inability to adjust and cope with one's environment.
Advertisement
This study is considered to be the first on the mental health of American troops. "It's vitally important to know whether mental health screening works, for both military functioning and the welfare of individual soldiers, and this is the first time the program's been assessed systematically," Warner said in a news release from the American Psychiatric Association.

Brig. Gen. Rhonda Cornum, a doctor with the Comprehensive Soldier Fitness program, agrees.   "Waiting for illness or injury to occur is not the way commanders in the U.S. Army approach high-risk actions, and it is not the way we should approach high psychological risk activities."

Failure of US Army to Sense Distress in Troops

Leadership and discipline have worsened at home bases in the US Army that warning signals of suicidal soldiers are being completely missed by the officers in charge.
Advertisement

Emotional healing is the ability to take proper control of painful thoughts, feelings and emotions. Healing ...