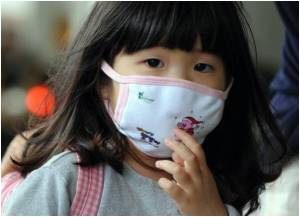 Scientists have warned that the H1N1 swine flu that swept the globe in 2009/10 could easily morph into a more transmissible form, while an older, mid-20th century virus could also come roaring back.

The so-called Asian influenza, a H2N2 strain, first appeared in 1957 and killed one to four million people despite a major vaccination campaign.

Studies have shown that most people today aged 50 or older retain some immunity to the virus, which continues to circulate in birds and swine.


Those younger, however, are acutely vulnerable to H2N2, which increases the chance that the potentially lethal strain will jump back into humans and once again spread across the world.

Bird flu (avian influenza/avian flu) is a disease caused by an influenza virus (H5N1) that primarily affects birds but can infect humans also.
Advertisement
"H2N2 looms as a public health threat, and could re-emerge," Gary Nobel, a researcher at the Vaccine Research Center of the U.S. National Institutes of Health and lead author of a commentary published Thursday in Nature.

Governments, the World Health Organisation (WHO) and drug companies "should develop a pre-emptive vaccination programme," he urged.

Nobel outlines three strategies for anticipating a resurgence of the bird-borne virus.

One is to manufacture the same vaccine licenced in 1957 and immediately inoculate enough of the world's population to provide what scientists call a "herd immunity" to the rest.

Alternatively, health authorities could stockpile the same vaccine in the event of an outbreak, or make "master lots" and ramp up production at the first sign of an outbreak.

Acting now would be far more cost effective than waiting for the strain to reappear, Nobel argued, citing a US government study estimating that a flu pandemic costs the United States 71 to 167 billion dollars.

In another study, published in the online science journal PLoS One, researchers at MIT in Boston led by Ram Sasisekharan identified a single mutation of the 2009 H1N1 virus that would greatly boost its ability to spread among humans.

This is precisely what happened to the original H1N1 strain, which first emerged in the fall of 1917 in a mild form before coming back nine months later in a far more deadly variant, a two-wave pattern typical of flu pandemics.

In total, the Spanish flu, as it was known, killed at least 50 million people -- fully three percent of the world's population at the time -- before subsiding, though many of those deaths were due to the absence of antibiotics.

"There is a constant need to monitor these viruses," Sasisekharan said in a statement, calling on governments to check strains and share information.

The major factor in flu transmissibility is the structure of a protein on the surface of the virus called hemagglutinin, or "HA" for short.

The tightness of the fit between HA and the respiratory receptor cell in the human respiratory tract determines how easily the virus infects a host.

The 2009 H1N1 strain -- like the first wave of the 1918 flu -- does not bind efficiently, one of the main reasons the death toll from the recent outbreak was lower than initially feared.

But it only took one small mutation for the 1918 virus protein to become a mass killer.

Moreover, the locus of the mutation spotted in the study is in a part of the viral genome that is prone to frequent change, raising the chances of such a mutation.

The swine flu -- so named because it was first identified in pigs in Mexico -- has killed some 18,500 people since emerging in the spring of 2009, according to the WHO.