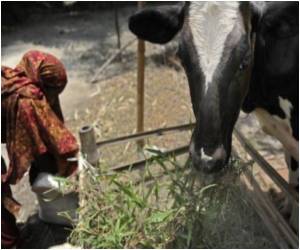 According to findings from a small study conducted in Etosha National Park in northern Namibia, scavengers might not play as key a role in spreading anthrax through wildlife populations as previously assumed.

The effort might be ill spent, according to results published in Applied and Environmental Microbiology by an international consortium of researchers led by Steven Bellan, an ecologist at The University of Texas at Austin.


Carrion produced by anthrax deaths feeds many scavengers, including jackals, hyena, vultures, marabou storks and occasionally even lions. These scavengers have evolved to be able to digest infected carrion without contracting the infection. Herbivorous animals more vulnerable to anthrax include zebra, springboks, elephants and wildebeest.

Anthrax Vaccine to Counteract World Bioterrorism Threat
A team of scientists from Cardiff University bids to develop a vaccine against anthrax to help ......

In Russia Man Dies of Anthrax
RIA Novostihas reported that a man has died of anthrax in Russia's Siberia region after being ......