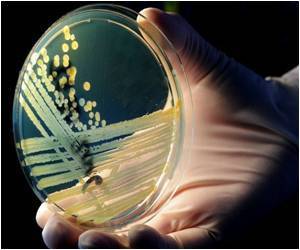 To take up residence in two new cells, an E. coli cell while dividing must replicate its circular chromosome and pull the resulting circles apart. It sounds easy enough -- like a magician's trick with rings -- but actually involves a complicated process of unknotting and unlinking of tangled DNA.

In a new study, published online this week in the journal Proceedings of the National Academy of Sciences, SF State Associate Professor of Mathematics Mariel Vazquez and an international team of scientists offer a mathematical analysis of how these chromosomal rings are unlinked by XerCD recombination enzymes.

Antibiotics like ciprofloxacin, prescribed for E. coli infections, target topoisomerases, another type of enzyme involved in DNA unlinking. When treated with these drugs, bacterial cells may find other modes of unlinking like the one presented in Vazquez' study, thus giving the cells a chance for survival. Understanding this unlinking process in E. coli, Vazquez noted, "could also lead to the design of better antibacterial drugs, with a clear positive effect on human health."


Infections by pathogenic E. coli and other bacteria pose a high risk to human health. According to the Centers for Disease Control and Prevention, each year in the United States at least 2 million people become infected with bacteria that are resistant to antibiotics. At least 23,000 people die each year as a direct result of these infections. In order to understand bacterial infections, it is essential to study how cells such as E. coli divide.
Advertisement
Biological experiments had given Vazquez and her colleagues some clues as to how the interlinked E. coli chromosomes separate prior to cell division. But the experiments could not provide a clear picture of the steps along the way to separation.

To fill in this picture, the researchers proposed a rigorous mathematical analysis that used the tangle method to model the changes that take place during the separation. In this case, the "tangle" represents two specific sites along the chromosome bound together by the recombination enzymes. They confirmed that the separation takes place in a stepwise fashion. Chromosomes interlinked after replication are converted into knots, then links again, then knots, until two free circles remain.

Vazquez stressed that mathematics, physics, computer science and statistics all have a role to play alongside biology in understanding DNA topology.

"It is important for people to know that DNA is not just a sequence of letters. It is a very long molecule that can adopt a complex three-dimensional structure when packaged inside a cell nucleus," she said. "Every biological process that involves DNA will be affected by its topology, and topological changes can have important biological implications."

In 2011, Vazquez was awarded a National Science Foundation CAREER grant to carry out DNA topology studies. As part of the grant, Vazquez works with local elementary schools in the San Francisco Math Circles program. In 2012, she received the Presidential Early Career Award for Scientists and Engineers (PECASE) for her work.

Manipulative Therapies and Infantile Colic
The technique of manipulative therapies may be of some benefit in infantile colic, a Cochrane ......