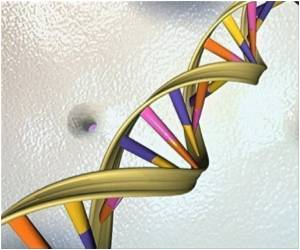 The genome of an Amerindian strain of the gastric bug Helicobacter pylori has been sequenced by scientists.

Researchers led by scientists at the Virginia Bioinformatics Institute (VBI) at Virginia Tech conducted experiments in animals, which highlighted how specific genes in the bacterial strain may be crucial to the onset of inflammation and disease.

An international team of researchers has cracked the genetic code of an amphibian, the African clawed frog Xenopus tropicali - the latest research aimed at understanding
Advertisement

H. pylori is a bacterium that colonizes the stomachs of over half the world's human population.


Different strains of the bug have lived with, evolved and followed humans on their travels since ancient times. H. pylori is now recognized as a major risk factor in the development of stomach cancer and ulcers.

The complete genome of a songbird - the Australian zebra finch has been sequenced by scientists.
Advertisement
However, the details of what make some strains of the bug trigger disease and others not need to be fully worked out.

"Most sequencing efforts for H. pylori have focused on the bacterial genomes from individuals of European descent. The new sequence information helps to redress the geographic bias of earlier work and reveals important clues about the evolution and migration of the bacterium and its human host into the New World," said Martin Blaser of the New York University Langone Medical Center, one of the authors of the study.

The tree of life that the scientists were able to piece together reflected the major human migration out of Africa, through Asia and into the New World.

Consistent with earlier findings, similarities between the genetic make-up of the Amerindian strain and the genome of a strain from East Asia suggest that the first colonizers of the New World brought H. pylori with them.

Josep Bassaganya-Riera, senior author on the paper, said: "In addition to building a picture of the H. pylori genome, we have been trying to find out what features of the Amerindian strain of H. pylori might be responsible for the low incidence of gastric cancer and other related conditions that have been reported in some geographic areas, including parts of South America. Our experiments show that a cytotoxin-associated gene known as cagA is essential to induce inflammation."

He added: "Further experiments in mice have revealed that an unusual arrangement of these inflammation-related genes are lost when the organism interacts with its host in the stomach, which may explain the low incidence of gastric cancer and peptic ulcers in some populations of the New World. Further experiments are in progress to establish the causality of these observations and to develop computational and mathematical models of immune responses to H. pylori."

The scientists hope to use the insights gained from the analysis of the H. pylori genome to help in the development of diagnostic tools and therapies for inflammation-related diseases and conditions.

Selfie Addiction Calculator The Essence of Yoga Color Blindness Calculator Drug Side Effects Calculator Calculate Ideal Weight for Infants Sinopril (2mg) (Lacidipine) Turmeric Powder - Health Benefits, Uses & Side Effects Find a Hospital Pregnancy Confirmation Calculator How to Reduce School Bag Weight - Simple Tips
This site uses cookies to deliver our services.By using our site, you acknowledge that you have read and understand our Cookie Policy, Privacy Policy, and our Terms of Use  Ok, Got it. Close
×