Scientists Say Global Warming Has Slowed Down in the Past Decade

The rate at which global temperatures are rising has slowed down over the past 10 years, scientists have revealed.

In a report, the Met Office said the slow in the rate of warming was down to a combination of natural variation in the weather and pollution.

Scientists said that one of the major factors is the rise in heavy industry and pollutant 'aerosols', particularly in Asia.


An upsurge in industrial emissions such as sulphur, which are being pumped into the atmosphere, reflects sunlight and could lead to a cooling effect.

Changes in the amount of water vapour in the stratosphere may also be a factor, the report suggests.

Climate sceptics will seize upon the admission as evidence that man-made global warming has been overstated.

Since the 1970s, the long-term rate of global warming has been around 0.16C a decade but that slowed in the last 10 years to between 0.05C - 0.13C depending on which of the three major temperature record series are used.

Vicky Pope, head of climate science advice, said, "The warming trend has decreased slightly. There's still a warming trend but it's not as rapid as it was before."

"The question is why has that happened. It's a question that sceptics often bring up," the Daily Mail quoted Pope as saying.

Scientists also said lack of data from the Arctic, where warming has been particularly strong in the last 10 years, and changes to the way sea surface temperatures are measured have led to an underestimate of the rate at which temperatures are rising.

Pope said for global warming it was important to look at the global picture - which last year saw many parts of the world experience very warm temperatures even while the UK was gripped by snow and ice.

"We are starting to see changes in the climate even in the UK which we can link to global warming. We're seeing more heatwaves and seeing fewer of these cold winters," she added.

"We may be underestimating the warming," she concluded.

Study Says Global CO2 Emissions may Hit Peak in 2010
Global CO2 emissions may reach record levels in 2010, a new study from the University of Exeter (UK) has said.
READ MORE 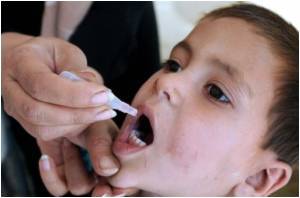 $40-50bn Benefit can be Derived from Global Polio Eradication Initiative
The benefits of the global initiative to completely wipe out polio could result in huge savings to the tune of at least 40-50 billion dollars.
READ MORE