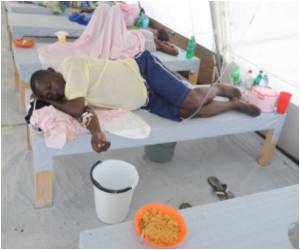 Evidence of genetic changes that might help protect some people from contracting cholera has been uncovered by Harvard scientists.

Based on genetic data gathered from hundreds of people in Bangladesh, a research team made up of Harvard faculty and scientists from the Broad Institute and Massachusetts General Hospital were able to a number of areas in the genome - some of which are responsible for certain immune system functions, while others are related to fluid loss - that appear to be related to cholera resistance.

Later tests showed genetic differences between people who had contracted the disease and those who had been exposed, but did not become ill.


"This study is exceptionally exciting for us because it shows the power of this approach," Associate Professor of Organismic and Evolutionary Biology Pardis Sabeti, one of two senior co-authors of the paper, said.

"This is the first time we've taken a genomic-wide approach to understanding cholera resistance. But it's a first step, and there is a lot of exploration to go from here. For a disease that's so ancient and widespread there's very little that's known about host immunity," the researcher said.

The hope, Sabeti added, is that by better understanding why some people appear to be immune, it will help in our efforts to develop vaccines and therapies, so outbreaks like those that occurred in recent years in Haiti and Africa might one-day be avoided.

Quiz on Cholera
Cholera is an acute diarrheal disease that spreads as an epidemic and claims around one hundred thousand lives every year. Here's a quiz that tests how much you know about cholera! ...
READ MORE 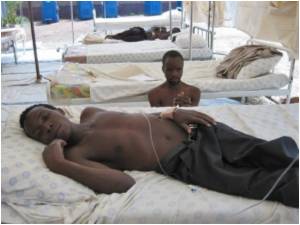