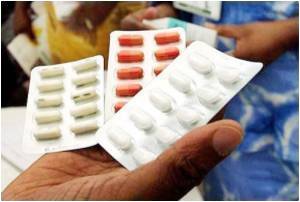 Two FDA approved drugs that may fight HIV have been identified by University of Minnesota researchers.

"We wanted to take advantage of this behavior by stimulating HIV's mutation rate, essentially using the virus as a weapon against itself," Mansky added.


The two drugs, decitabine and gemcitabine - both FDA approved and currently used in pre-cancer and cancer therapy - were found to eliminate HIV infection in the mouse model by causing the virus to mutate itself to death - an outcome researchers dubbed "lethal mutagenesis."

Encyclopedia section of medindia gives general info about HIV Clinical Features
Advertisement
Mansky and colleague Christine Clouser found that the drug concentrations needed to eliminate HIV infection cause no measurable cell toxicity and were effective against HIV cultures at concentrations well below the current levels used for cancer treatment.

Gemcitabine and decitabine have been administered in pre-clinical trials with mice. Initial findings confirm that the drugs are an effective antiviral therapy for HIV.

The researchers are now in the process of modifying the drugs to forms that can be absorbed by the human body when taken orally.

The findings were recently published online in the Journal of Virology.