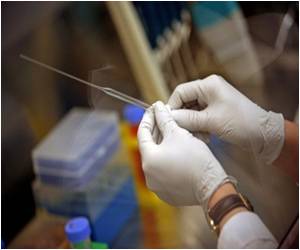 The research took place at the University of Western Australia. Following injury to the central nervous system, damage spreads away from the initial impact in a process known as secondary degeneration. Dr Fitzgerald emphasises that "In order to develop treatments for secondary degeneration, we need to understand the biochemical reactions that occur in tissue that succumbs to spreading damage".

The single transcription factor or master switch that initiates the critical myelination process in the brain has been identified by scientists at the University at Buffalo.
Advertisement

Inflammatory Demyelinating Pseudotumor in the Spinal Cord is a Rare Thing

A patient's own skin could be used to repair the damage caused by multiple sclerosis, which is currently incurable, researchers have claimed.

Pregnancy Confirmation Calculator Find a Hospital The Essence of Yoga Post-Nasal Drip Accident and Trauma Care Color Blindness Calculator Selfie Addiction Calculator Vent Forte (Theophylline) Blood Donation - Recipients How to Reduce School Bag Weight - Simple Tips
This site uses cookies to deliver our services. By using our site, you acknowledge that you have read and understand our Cookie Policy, Privacy Policy, and our Terms of Use