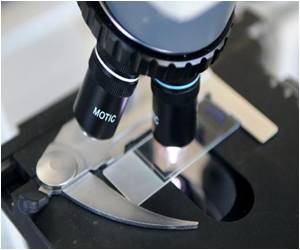 At the University of Liverpool, scientists have successfully tested a material that can extract atoms of rare or dangerous elements such as radon from the air.

Gases such as radon, xenon and krypton all occur naturally in the air but in minute quantities - typically less than one part per million. As a result they are expensive to extract for use in industries such as lighting or medicine and, in the case of radon, the gas can accumulate in buildings. In the US alone, radon accounts for around 21,000 lung cancer deaths a year.

Previous methods for extracting these elements have involved cryogenic technology, which is energy intensive and expensive. But now, the chemists from the University of Liverpool alongside colleagues at the Pacific Northwest National Laboratory, USA have used an 'organic cage molecule' called CC3 to separate krypton, radon and xenon from air at concentrations of only a few parts per million.


Chemist, Professor Andy Cooper, led the study. He said: "If you imagine sorting marbles then you see the problem with sorting these atoms. They are round in shape and of a similar size, not to mention that only one marble in every million is the one you are looking for."
Advertisement
CC3 which was developed in Liverpool is a molecule that is made up of cavities, or cages, into which gas molecules such as xenon and radon fit very precisely. By a process of adsorption - where molecules or atoms stick onto the surface - the right gas molecules are held in place, while others such as water or nitrogen are released.

Tests using columns packed with CC3 crystals have produced results far superior to the current best materials and this raises the possibility that CC3 could be used for commercial processes, for example in the clean-up of nuclear waste or in the adsorption and detection of radon gas in homes.

Further studies show that CC3 also has potential in the pharmaceutical industry, which uses molecules as feedstocks in the production of drugs, and where these molecular feedstocks need to be separated from other closely related molecules.

Professor Cooper concluded: "This material could solve commercial problems associated with the extraction of rare gases or other molecules from very dilute mixtures. The key is to design exactly the right fit between the cavity and the molecule that you want to capture."

More News on:
Water - Nutrient that Beats the Heat

No Atoms Wastage With a New Environmental Friendly Chemical Reaction
A new chemical synthesis for α-arylated Carbonyl derivatives was developed by a chemist ......

Diatoms Could Become Less Able To "Sequester" Greenhouse Gas As The Climate Warms
Scientists have indicated that tiny creatures at the bottom of the food chain called diatoms could ....

Arctic Could Teem With Life by 2030 Due to Global Warming
In a new study, scientists have said that as global warming removes the Arctic's icy lid, the ......