Scientists Explore Link Between Mental Health Problems and Contraceptive Use 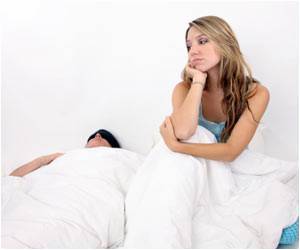 Women with depression and stress symptoms are less likely to use contraception consistently, finds study.

Women with depression or stress were also more likely to say they did not use contraception at all in the past week compared to women with less severe symptoms.

The findings are concerning because, although preventing unplanned pregnancies is important for all women, it may be especially important for women with mental health issues, said study researcher Kelli Stidham Hall.


"Perhaps an unintended pregnancy for these women could make things even worse," said Hall, of the University of Michigan's Population Studies Center.

This Interactive provides step by step visual aid showing how to correctly use condoms which can prevent transmission of HIV, other sexually transmitted diseases and pregnancy
Advertisement
Family planning providers should consider mental health symptoms when they council their patients, Hall said.

In addition, women with depression and stress who do not want to become pregnant in the near future may be good candidates for long-acting reversible contraception, such as an IUD - highly effective methods of birth control that women do not need to remember to use everyday or each time they have sex, which may be burdensome for some, Hall said.

Hall and colleagues analysed information 689 non-pregnant women ages 18 and 19 living in Michigan. Participants first answered questions about their mental health. Then, for the next year, they filled out weekly journal entries that included the number of times they had sex in the past week, and whether they used contraception when they had sex.

Women with depression and stress may have social circumstances, such as unemployment, that interfere with their ability to effectively use contraception, Hall said.

The findings were presented at the annual meeting of the America Public Health Association.

Today most of us are under stressful situations which is hard to avoid.Explore our simple and inexpensive stress relief tips.
Advertisement
<< New Bacteria to Fight Against Inflammatory Bowel Disease
75 Percent of Patients Taking Popular Blood-thinners are Get... >>