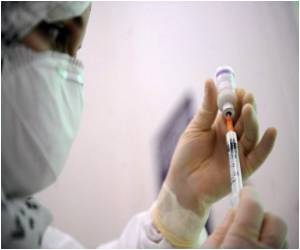 A molecular explanation for the evolution of Tamiflu resistance has been revealed by American biologists.

Tamiflu and other antiviral drugs directly target viruses, unlike vaccines, which instead stimulate our body's immune system to respond to the pathogens after an infection is established.


In a flu infection, viruses bind to sialic acid on the surface of a host cell using a protein called hemagglutinin (the "H" in H1N1).

The viruses then enter the cell and replicate. When the newly minted viruses exit the cell, they too bind to sialic acid.

Swine flu, a type of influenza caused by a new strain of the H1N1 Type A influenza virus has originated from the pigs. Winter always brings along the chills and the flu, make sure you're safe this season.
Advertisement
The viruses then use a protein called neuraminidase (the "N" in H1N1) to cut the sialic acid, freeing themselves to infect new cells.

This process, however, is blocked by Tamiflu, which prevents neuraminidase from cleaving the sialic acid.

In general, for a virus to become resistant to Tamiflu, the neuraminidase protein has to be able to tell the difference between sialic acid (the thing it cleaves) and Tamiflu (the drug "decoy").

Such recognition is possible in viruses that have a mutation, known as H274Y, in the neuraminidase protein.

The mutation swaps out one amino acid for another at a particular location on the neuraminidase protein, producing a slight conformational change in a crucial region of the protein's three-dimensional structure.

Bloom said: "Once that happens the neuraminidase no longer strongly binds to Tamiflu, and it is still able to cleave sialic acid."

He added: "People have known about this H274Y mutation for over a decade but the mutation seemed to interfere with the virus's ability to replicate and be transmitted. The molecular basis for that interference was not clear, but it seemed that the H274Y viruses weren't of great clinical significance."

However, during the 2007-2008 flu season, resistant H1N1 viruses with the H274Y mutation began cropping up all over the world.

By the following year, essentially all seasonal H1N1 flu viruses suddenly were resistant to Tamiflu because of the mutation.

The only difference: They now were growing just as well as regular viruses.

Bloom said: "We thought it was an interesting evolutionary mystery.

"Something happened to make the Tamiflu-resistant virus also capable of replicating and spreading like wild-type flu viruses."

"Our hypothesis was that the resistance mutation was-as an incidental effect-preventing neuraminidase from reaching the cell membrane."

This decreased availability of neuraminidase-the protein that cleaves newly formed viruses from their sialic-acid mooring on the host cell, allowing them to spread to infect other cells-decreased the rate of viral replication. The researchers confirmed this in cell cultures.

Bloom said: "Now, if you've got a second mutation that fixes this problem in H274Y mutants you'll have a virus that grows very well and is resistant to Tamiflu. And that's bad-for us, not the virus."

The researchers discovered just such a secondary mutation-two of them, in fact-in the neuraminidase gene of Tamiflu-resistant seasonal flu strains dating from the 2007-2008 flu season.

Interestingly, an examination of flu sequences showed that the two secondary mutations had cropped up before the H274Y mutation had begun to spread.

The existence of these "pre-adaptive mutations," say the researchers, permitted the survival and spread of subsequent occurrences of the H274Y mutation.

Genetic changes that set the stage for later adaptations may represent a fairly common event in evolution.

Baltimore said: "This study shows how combining an understanding of molecular mechanisms underlying evolution with the extensive sequencing data on historical isolates of influenza virus can bring about a deeper understanding of the challenge that this virus presents to the human population.

"Only by marshaling a wide range of available information was it possible to understand why the virus could suddenly tolerate mutations that were previously deleterious. It shows that mutations are not necessarily 'good' or 'bad,' but that their effects may depend on the context in which they appear."

Bloom said: "We hope that understanding the basis of the evolution of Tamiflu resistance in seasonal H1N1 might help in understanding what might be needed for H274Y to spread widely in these other strains as well."