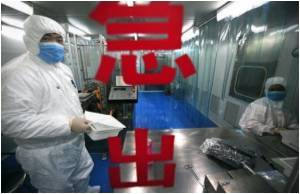 A new way of avian influenza circulation and transmission has been discovered by American researchers.

And the research could ultimately be important in the fight against influenza.


The scientists actually discovered that the preen oil gland secretions, by which all aquatic birds make their feathers waterproof, support a natural mechanism that concentrates AIVs from water onto birds' bodies.

Swine flu, a type of influenza caused by a new strain of the H1N1 Type A influenza virus has originated from the pigs. Winter always brings along the chills and the flu, make sure you're safe this season.
Advertisement
They found that a progressive virus "sticking" on feathers occurs because AIV-contaminated waters interact with the preen oil gland secretion.

Since waterbirds use to spread preen oil over their own (self-preening) or other birds' (allo-preening) plumage, it is easily understandable how these preening activities could facilitate the diffusion of the viruses in nature.

The discovery has also important implications in the surveillance of avian influenza viruses, added Delogu.

In fact, virus on feathers could escape detection by the current surveillance strategies, which assay the virus secreted in the cloacal and tracheal samples only.

Lack of detection of these viruses may greatly complicate surveillance and rapid responses to new virus emergence and spread.

For this reason in routine surveillance programs, additional sampling methods could be necessary to detect AIVs on birds' bodies, said Delogu.

Our results also suggest that a preened body surface could be the common denominator that explains how AIV infection occurs in different taxonomic groups of aquatic birds and future studies are needed to determine the common uropygial component that could promote interaction with AIVs in all aquatic bird species.

Studies to reproduce the preening-mediated AIV infection mechanism in the animal model are in progress.

Finally, Delogu concluded that the discovery really opens a door to explain the highly pathogenic H5N1 circulation and persistence in Eurasia, as well as the only recorded human case of fatal infection passed from wild birds in February 2006.

All infected humans were involved in defeathering of dead wild swans after a massive die-off of these aquatic birds occurred in Azerbaijan.

The study has been published in a recent issue of PLoS ONE, a highly reputed international Journal.

Cholera is an infection of the small intestine and is caused by the bacterium Vibrio cholerae.
Advertisement
<< Research: Chromosomal Variations Found in Early Passage Fem...
Experts Say King Tut Died from Sickle-cell Disease, Not Mal... >>