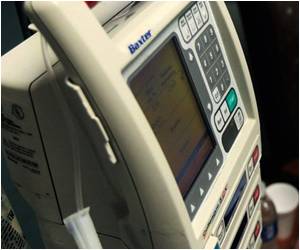 Scientists have discovered a critical weakness in leukaemic cells, which may pave the way to new treatments. The scientists are from Griffith University's Institute for Glycomics and The Saban Research Institute of Children's Hospital Los Angeles.

The research team has demonstrated that leukaemic cells can be eradicated by removing a carbohydrate modification displayed on the cell's surface.

Director of Griffith University's Institute for Glycomics, Professor Mark von Itzstein is the Australian team leader. He said the discovery is an important advance against leukaemia, a cancer of malignant white blood cells that multiply uncontrollably. Acute lymphoblastic leukaemia (ALL) is the most common childhood cancer.


"We have found that the leukaemic cell has an altered cell surface carbohydrate decoration compared to normal cells and this also conveys resistance to drug treatment," Professor von Itzstein said.
Advertisement
"We have now shown that with the removal of this carbohydrate alteration the cells die."

Professors Nora Heisterkamp and John Groffen, leaders of the US-based team, Professor von Itzstein and their colleagues have published their research findings in the latest edition of the internationally acclaimed Journal of Experimental Medicine.

Professor von Itzstein said the research could lead to new ways to fight the disease, particularly where it has become treatment resistant.

"Up until 40 years ago, only one child in five survived ALL", but advances in chemotherapy have changed that outcome and now nearly 80 percent of children with ALL will be cured," Professor von Itzstein said.

"For the remaining 20 percent, however, the disease returns necessitating additional rounds of intensive chemotherapy. Unfortunately, most relapsed patients die within one year because their cancer cells are resistant to chemotherapy.

"In the future, we hope that this novel, structural approach to treating ALL may offer an effective treatment option for children battling drug-resistant forms of the disease."

Professor von Itzstein said the discovery had been made possible only through a unique sharing of research expertise.

"These results are the culmination of an international collaboration that commenced only a few years ago when Professor Groffen spent study leave in the Institute for Glycomics on Griffith's Gold Coast Campus," Professor von Itzstein said.

"It has been a wonderful opportunity to combine the US team's internationally acclaimed expertise in leukaemia with our own expertise in carbohydrate science.

"By exploiting this 'Achilles heel' in these leukaemic cells, our collaborative research efforts are now focused on the development of a new type of drug therapy that targets this carbohydrate modification."

Patron of the Institute for Glycomics Leukaemia project in Australia, Air Chief Marshal Angus Houston AC, AFC (Ret'd), said he was delighted with this latest advance.

"These new findings provide the groundwork for a new fight against this terrible disease," he said.

Source: Eurekalert
Advertisement
<< Cutting Out too Much Gluten can Lead to an Unhealthy Diet
Research Finds That Younger Doctors Are More Likely to Trai... >>