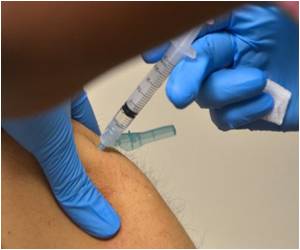 Influenza H1N1 flu virus has been a deadly virus and not much is available for its treatment, but now the scientists may have discovered its Achilles heel and may have a drug that can treat the lethal dose of the virus.

The study reveals that a drug that inhibits a molecule called prostaglandin E2 (PGE2) increases survival rates in mice infected with a lethal dose of the H1N1 flu virus.

Senior study author Maziar Divangahi of McGill University, said drugs that specifically target PGE2 pathways have already been developed and tested in animals, so their results have excellent potential for clinical translation, not only for the treatment of influenza, but also other viral respiratory infections that interact with similar host immune pathways.


In the new study, Divangahi and his team found that mice genetically engineered to lack PGE2 showed enhanced immune responses, lower viral levels in the lungs, and better survival rates following infection with a lethal dose of the H1N1 flu virus compared with infected mice that were not genetically modified.

Similarly, mice treated with a compound that inhibits PGE2 showed enhanced antiviral immunity and survival rates following infection with a lethal dose of the flu virus compared with untreated mice.

The study has been published by journal Cell Press.

A paper published ahead of print in the Journal of Virology reports that among the copious species of poultry in China, quail and chickens are the likely sources of infection of H7N9 influenza virus to humans.
Advertisement

A new model that can predict the evolution of influenza virus from one year to the next has been jointly developed by researchers.
Advertisement

Heel pain is experienced by most of us and can be disabling at times even though it is not a life threatening ...