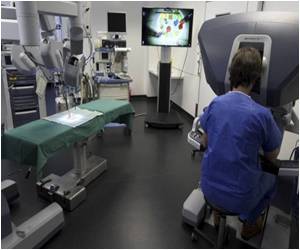 A team of US researchers from University of California - Riverside and Russian Academy of Sciences has created a memory device that can greatly improve speech and image recognition.

Pattern recognition focuses on finding patterns and regularities in data. The uniqueness of the work is that the input patterns are encoded into the phases of the input spin waves.


Spin wave devices have advantage over their optical counterparts because they are more scalable due to a shorter wavelength. Also, spin wave devices are compatible with conventional electronic devices and can be integrated within a chip.

Research shows that the human brain needs three different processing stages to identify sounds such as speech
Advertisement
The researchers built the memory device consisting of a magnetic matrix with micro-antennas to excite and detect the spin waves.

"We were excited by the pattern recognition. The device works not only as a memory but also a logic element," said Alex Khitun, research professor at UC Riverside.

Holography has also been recognized as a future data storing technology with unprecedented data storage capacity and ability to write and read a large number of data in a highly parallel manner.

The latest findings were published in the journal Applied Physics Letters.

Our understanding of language may depend more heavily on vision than previously thought: under the right conditions, what you see can override what you hear, discover bioengineers.
Advertisement

The ability to experiment with bionic brain could contribute to better understanding of Parkinson's, Alzheimer's, and replacing damaged parts of the brain.
Advertisement

Do you want to sharpen the way your brain works? Try writing by hand to sharpen your mind and increase your ...

You can train your brain to memorize things faster. If youre thinking about how to train the brain, then you ...