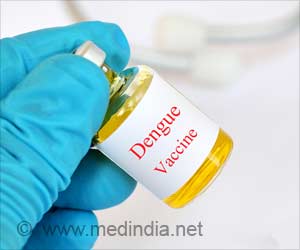 Natural killer cells were found to be active shortly after dengue virus infection, said Karolinska Institutet and Duke-NUS Medical School researchers. The findings of the study are published in Nature Communications.

Researchers have come one step closer to understanding how our immune system responds to acute dengue fever, a disease that has affected hundreds of thousands of people in Southeast Asia this summer alone.

Advertisement
‘The discovery could hopefully contribute to the development of new vaccines and improve care of patients with acute infections.’

Dengue virus is common in tropical and sub-tropical regions of the world and is transmitted via mosquitoes to humans in whom the infection can cause severe hemorrhagic fever. In the summer of 2019, several countries in Southeast Asia have suffered severe outbreaks of the disease. Sweden annually reports 150-200 cases of dengue fever, typically in tourists returning from endemic countries such as Thailand.


Currently, effective vaccines and methods to treat dengue fever are lacking. To increase our understanding of the course of the disease and thereby find new treatment options, researchers have studied which immune cells are activated by the infection and how these migrate to the part of the body that has been infected.
Advertisement
The study followed 32 patients with acute dengue fever in Singapore. Their blood and skin sample analyses showed that a type of immune cell called natural killer (NK) cells were especially activated in the blood shortly after the infection. This activation had completely disappeared after about two months.

The cells were activated by cytokines, small molecules that spread in the bloodstream and are produced by other cells in the immune system. The natural killer cells had surface receptors, indicating they can leave the blood and migrate to the infected area of the skin. "By studying immune cells and soluble molecules directly present in the skin of acutely infected patients we could gain unique insight into the very first steps of the immune response," says Niklas Björkström, physician and researcher at the Department of Medicine at Karolinska Institutet in Huddinge, Sweden, who led the study.

The findings provide important new knowledge about how people's immune system functions in acute viral infections. In the future, researchers hope this knowledge may be used for vaccine development as well as to improve care, diagnostics and treatment of patients with acute infections.

Top 10 Interesting Health Facts on Dengue
Dengue has become the talk of the town! Here we are bringing you some interesting health facts on .....