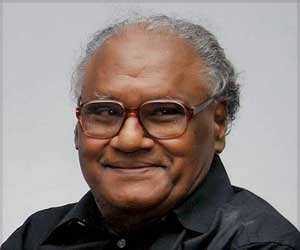 The Eminent Indian scientist C.N.R. Rao is set to receive the first Sheikh Saud International Prize for Materials Research. According to an official's statement on Friday, the Centre for Advanced Materials of the United Arab Emirates (UAE) confers the award.

"The Prize committee unanimously decided to award this to Professor Rao of the Jawaharlal Nehru for Centre for Advanced Scientific Research (JNCASR), Bengaluru," the city-based state-run JNCASR's administrative officer Joydeep Deb said in a statement.


‘The scientist has authored over 1,600 research papers and 50 books and also received a Bharat Ratna from the Indian government in 2014.’


The award will be presented to Rao by Sheikh Saud bin Saqr Al Qasimi, the ruler of one of UAE's seven emirates Ras Al Khaima.

The prize will be awarded at the International Workshop on Advanced Materials at Ras Al Khaima on February 25, the statement said.

Bengaluru-based Rao was awarded Bharat Ratna by the Indian government in 2014 for his work in materials research.

Some of his areas of research include transition metal oxides and other extended inorganic solids, metal-insulator transitions, nano-materials including nanotubes and graphene, artificial photosynthesis and hydrogen generation by photocatalysis and thermal means.

Rao has authored over 1,600 research papers and 50 books.