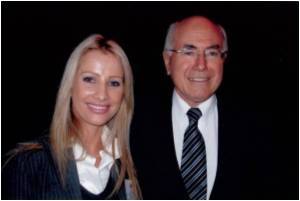 The biology behind why women gravitate towards calm and collected men has been explained by scientists in a new study.

Usually, researchers focus on testosterone while investigating into what makes men desirable, but human behavioural ecologists at the University of Abertay Dundee in Scotland focus on the stress-linked hormone cortisol.

Rules of Attraction to be Assessed by Oz Survey

People are being asked by Oz scientists to rate different body shapes in an online survey in the hope of understanding how the rules of attraction have helped shape the human race.
Advertisement

Persistently high levels of cortisol can suppress not just the immune system, but also reproductive function.


Thus, it would make sense if women preferred men with low cortisol levels-that is, those who are not stressed out, reports english.news.cn.

Women Nose Out Attraction by the 'Smell of Men's Sweat'

According to a new study, the smell of men's sweat is enough to tell women if they are attracted to them.
Advertisement
For the study, the researchers recruited 39 healthy young male students from the same university and measured their cortisol and testosterone levels, and then had 42 straight female students from a different university rate photos of these men for attractiveness, masculinity and health.

Testosterone levels were not significantly linked with attractiveness, masculinity or health.

The researchers also had 43 heterosexual female university students look at the composite images at times both inside and outside the fertile phases of their menstrual cycles.

This enabled the scientists to see what effects female hormones and fertility might have on perceptions of male desirability.

When women were in the fertile phase of their menstrual cycle -- that is, when they were more likely to get pregnant-those men with low cortisol levels (so were likely more chill) were seen as more attractive than men with high cortisol levels.

"We speculate, then, that males with low cortisol possess something desirable that women seek to secure for their offspring. This could be, for example, good health or a healthy response to stress," said one of the researchers Fhionna Moore.

The findings will be published online in Proceedings of the Royal Society B.

Scientists have finally solved the mystery of 'beer goggles' - a phenomenon where less attractive people suddenly become more appealing when the onlooker has tipped back a pint or two.
Advertisement
<< Watching Others' Actions Can Make You Feel You Did It Yours...
Old Age may Not Have A Role in Memory Loss >>