Schumacher Out of Hospital and Not in Coma, Family Reveals 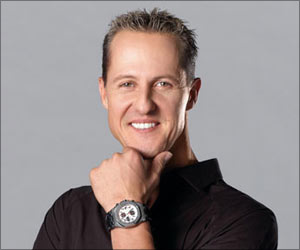 Family of the Formula One legend Michael Schumacher has reportedly revealed that the champion has left the hospital in Grenoble and is out of coma.

Schumacher's family said in a statement that the 45-year-old German would continue his rehabilitation at an undisclosed location.

Schumacher had been placed in a medically induced coma after he suffered a severe head injury in a skiing accident in the French Alps on 29 December last year, the BBC reported.


Schumacher's family thanked people who had sent messages of support, saying that they are sure their wishes helped the world champion to recover.

The family also praised the medical staff at the hospital in Grenoble for doing an 'excellent job'.

The seven-time champion had been kept in an induced coma by doctors to help reduce swelling in his brain, the report added.

Schumacher in His Wake-Up Phase
Formula 1 champion Michael Schumacher is still in his wake-up phase according to his manager...