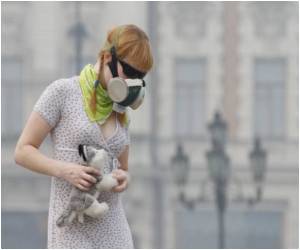 Moscow and two other cities in Russia announced today of closing their elementary schools for a week due to major flu outbreak that has mostly affected the young.

Grades one to eight of all Moscow schools will close Monday and only reopen the following week, Komsomolskaya Pravda quoted a spokesman for the city's education department as saying.

"Even today, some classes are already missing half their students," said an official with Moscow's health control service, which recommended the shutdown Friday.


Nearly 92,000 Muscovites are currently suffering from the flu or respiratory infections, with more than 52,000 of them children, the city's public health department chief Leonid Pechatnikov told Interfax.

The lungs are our organs of respiration. It is within these, that exchange of gases takes place.
Advertisement
The shutdown does not affect Moscow kindergartens or ninth through 11th grades, Komsomolskaya Pravda said.

At least two deaths have also been reported because of the flu, with one case involving a two-year-old girl, RIA Novosti said.