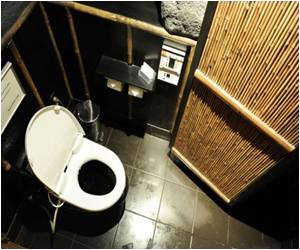 Inspired by Narendra Modi's call for cleanliness, students in Vadodara have pledged to put a halt to open defecation in the city's slum areas.

Most of the students of Navrachna International School in Vadodara are NRIs and belong to affluent families. Armed with shovels, the enthusiastic teenagers surveyed the area themselves and inferred the number of toilets required in the area to prevent open defecation.

Two women had delivered babies in toilets of the labour ward in Civil Hospital, Gurgaon on Tuesday night.
Advertisement

"We have taken this project as a part of class activity, this is our service. Many people in this area do not have toilets, they defecate at the river banks. So we are building toilets for them. We have planned to make 37 toilets, and we have collected money for 20," said Arpita, a participating student on Tuesday.


The school authorities will bear the cost of building the remaining 17 toilets.

Tejal Amin, the owner of the school, is the state's brand ambassador for cleanliness campaign.

Nation-Wide Monitoring of Toilet Use to be Launched Next Year

A Nationwide Real Time Monitoring of use of toilets from January 2015 will be launched by the Ministry of Drinking Water and Sanitation.
Advertisement
"Through our education and school if we are able to sensitize the students and inculcate social responsibility inside them, then I think, as teachers we are fulfilling a big aim," Amin said.

She also stressed on the need to imbibe social responsibility as a part of one's education.

The cleanliness campaign was launched by Modi in October last year with an aim to modernise sanitation within five years.

To drive home his point, he had ordered government workers including his ministers to work on October 2, which is a national holiday, to sweep offices and clean toilets.

India's burgeoning towns and cities are littered with garbage, the result of massive urban migration, poor civic planning and inadequate waste disposal systems, and rivers and lakes are polluted with sewage and industrial effluents.

Modi's government, which swept to power in May, has made building toilets a priority and he has pledged that every household will have a toilet by 2019.

Less than a third of India's 1.2 billion people have access to sanitation and more than 186,000 children under five die every year from diarrhoeal diseases caused by unsafe water and poor sanitation, according to the charity Water Aid.

Nordic Council has urged EU to ban damaging toiletry chemicals that can cause testicular cancer and male infertility.
Advertisement
Advertisement
This site uses cookies to deliver our services.By using our site, you acknowledge that you have read and understand our Cookie Policy, Privacy Policy, and our Terms of Use  Ok, Got it. Close
×