Baldness bothers many. All kinds of treatments are attempted. The most effective current solution for baldness is hair-replacement surgery, in which follicles are painstakingly moved in small bunches from the thick hair on the back of the head to the barren patch.

But what if it were possible to move an entire, full and durable scalp from another person - a dead one at that?

You might wince at the idea. But that could be a reality in the not too distant future, and there could be many willing to go in for such an option.

Siemionow, who is renowned for her groundbreaking work in the field of facial transplants, said her team at The Cleveland Clinic has developed a treatment in lab animals that reduces the length of time any recipient must be on immunosuppressant drugs to just a week. Today, the recipient of any transplant must stay on fairly toxic and expensive medication for life, which makes it untenable to do transplants for anything less then life-essential organs. It remains untested in humans.

The scientist told her audience at the International Society of Hair Restoration Surgery's convention that her aim is to make full-scalp transplants possible for severe burn and trauma victims. But that didn't keep listeners from imagining the cosmetic applications.

"What she's talking about ... has implications for the future in our field in terms of perhaps being able to move hair from one person to another," says Vance Elliott, a hair restoration surgeon from Canada. "We've always considered that impossible because the immune system rejects it."

Some may think such a move  to don the hair of a cadaver  would be extreme, but nobody should underestimate the determination of balding people to reverse the scourge of a receding hairline. Spending on hair-restoration surgeries in 2006 topped $1.2 billion worldwide, a figure that does not include spending on proven drugs such as Propecia and Rogaine or any number of disreputable gadgets and balms sold online or on late-night television.

And, with the exception of trauma or burn victims, virtually none of that spending is covered by health insurance. A full set of hair-replacement surgeries can cost as much as $10,000; Propecia can cost $50 a month, and Rogaine retails for about $20 a month.

"Hair loss can be intensely traumatic and emotionally painful for many people," says Elliott, who has performed more than 2,000 hair-replacement surgeries in his 12-year practice. He also leads workshops for other doctors, such as the one he conducted at the Las Vegas conference where 30 colleagues practiced incision skills on honeydew melons. "A lot of people are very, very deeply bothered by it."

Increasingly, that includes women, too. The society's data show that 13.8% of hair-transplant patients are female, up from 11.4% in 2004, and that's expected to rise as public awareness grows that women also lose hair.

Diagnosing women with pattern balding is more challenging because it usually occurs as an overall thinning rather than in the predictable manner that most men experience, says Sharon Ann Keene, a hair-restoration surgeon from Tucson. Also, women can experience temporary shedding caused by anemia, heavy-metal poisoning and hormone fluctuations, whereas male balding is permanent and almost entirely a function of genetics. Many doctors don't know what to look for in women or are too overwhelmed to be bothered, Keene says.

"I get ladies who go to the dermatologist and are told that they're just stressed out or that it's not a real problem like, say, skin cancer," says Keene, the conference's program chair. "It is a tremendous untapped market."

Aware that popular culture trivializes and mocks hair loss and that hucksters give the business a bad name, Paul Cotterill of Toronto, the organization's president, and others say the society was formed in 1993 to bring credibility to the practice.

One discussion at the conference revolved around eyelash transplants, a relatively new procedure that's on the rise but carries with it the potential for the hair to grow into the eye and cause sight damage. The society released a position paper saying it ought to be used only on trauma or burn victims and not on people who desire more lush or longer eyelashes.

"We want to make sure that (procedures) are being done for the proper reasons," Cotterill says. 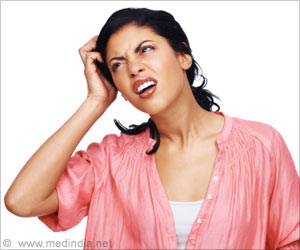 Scalp Itching Symptom Evaluation
Itching of scalp is a common problem. The causes of itchy scalp are dry skin, infection, inflammation, or a psychological cause.
READ MORE