Saudi Traveller Dies in Tunisia due to SARS-like Virus 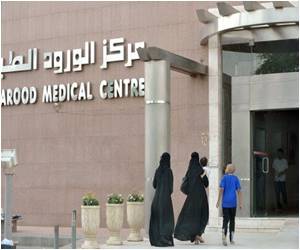 The health authorities revealed that a man travelling from Saudi Arabia who was infected with the SARS-like coronavirus has died in Tunisia.

"It is the first case in Tunisia, and he died on May 10," Noureddine Achour, director of the National Observatory for New and Emerging Diseases, told AFP.

"Two members of his family also contracted the virus but they are doing well after receiving treatment," he added.


The World Health Organisation is still gathering information to be able to draw conclusions on how the deadly coronavirus is transmitted.

It has been deadliest in Saudi Arabia, where it has so far killed 16 people, but cases have also been reported in Jordan, Qatar, Germany, Britain and France.
Advertisement
The virus is a cousin of Severe Acute Respiratory Syndrome (SARS), which triggered a scare 10 years ago when it erupted in east Asia, leaping to humans from animal hosts and eventually killing some 800 people.

Since last September, the WHO says it has been informed of a global total of around 40 laboratory confirmed cases of the virus, including 20 deaths.