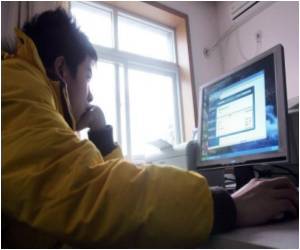 The Kingdom of Saudi Arabia has objected to a proposed new Internet address ending with .gay.

The country's Communications and Information Technology Commission (CITC) said the action would be 'offensive' to some societies and cultures.

The authority has filed an official objection against the move with ICANN (Internet Corporation for Assigned Names and Numbers), the organization overseeing the rollout of hundreds of new generic top-level domains (gTLD).


"Many societies and cultures consider homosexuality to be contrary to their culture, morality or religion," the objection letter said.

"The creation of a gTLD string which promotes homosexuality will be offensive to these societies and cultures. We respectfully request that Icann refuse the application for this gTLD," the objection added.

Is there a shift in social attitude towards homosexuals and HIV infected people in India. Find out about this and other aspects in an exclusive interview with Anjali Gopalan of Naz Foundation, Delhi.
Advertisement
The news has dismayed UK-based campaigners.

"Sites under .gay would be carefully regulated and would not 'promote homosexuality' but offer crucial support," a spokeswoman from The Lesbian and Gay Foundation said.

"Arguably it is even more important for people living in countries such as Saudi Arabia here homosexuality is illegal and sometimes punishable by death to access this crucial support and lifeline," the spokeswoman added.

Saudi Arabia also wants several 'strings', including .poker and .vodka to be rejected.

"Saudi Arabia already prevents its 1.9 million lesbian, gay and bisexual people from visiting community websites, like Stonewall's, that offer support and information. It's disappointing that it now wants to censor the Internet for 420 million gay people worldwide," Andy Wasley, from Stonewall, added.

The London Olympics will be first ever games in history when women athletes from every country will compete in the games, including Saudi Arabia.
Advertisement
<< Potential New Target For Treatment of Melanoma Identified
Vaccine Significantly Lengthens Survival by Targeting Malig... >>