Saudi is Now MERS-Free Before Hajj 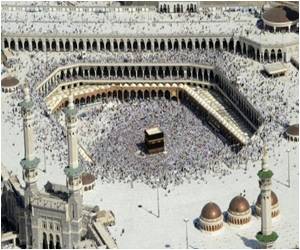 Saudi authorities have recorded no cases of the MERS virus before the annual hajj which is expected to start on Sunday.

"So far, no case for any epidemic has been recorded among the pilgrims, especially the coronavirus," local media on Thursday quoted Health Minister Abdullah al-Rabia as saying.

The MERS virus has already claimed 58 lives worldwide, with the greatest number of deaths from the respiratory disease -- 49 -- in Saudi Arabia itself.


"The ministry has put in place very strict measures this year," Al-Riyadh daily cited the health minister as saying.

"Employees have been given strict orders to isolate any suspected case and carry out the necessary laboratory tests" to ensure the safety of pilgrims on the hajj.
Advertisement
Rabaia said up to 600 public health employees wearing face masks were deployed at the Jeddah international airport to screen arriving pilgrims and ensure they had the necessary vaccinations.

The World Health Organisation said on Friday that the number of MERS infections worldwide has risen to 136, after Saudi Arabia confirmed six new cases.

The fact that the kingdom accounts for the overwhelming majority of cases has raised concerns about the hajj pilgrimage to Mecca, Islam's holiest site.

The hajj is one of the largest gatherings in the world, and there are fears that pilgrims could be infected and return to their homelands carrying the virus.

However, the authorities have said they are optimistic that the hajj will pass off without any outbreak, given that Muslims also go on lower-level pilgrimages at other times and there has been no mass spread of MERS.

Riyadh has, however, urged the elderly and chronically ill to avoid the hajj. Authorities have also advised pilgrims to wear face masks.

Experts are struggling to understand MERS, for which there is still no vaccine.

It is considered a deadlier but less-transmissible cousin of the SARS virus that erupted in Asia in 2003 and infected 8,273 people, nine percent of whom died, and sowed economic chaos.

Like SARS, MERS is believed to have jumped from animals to humans. It shares the former's flu-like symptoms, but differs by also causing kidney failure.

Saudi Arabia to Begin Mass Flu Vaccinations as Hajj Nears
Saudi Arabia said Monday it is to vaccinate all its residents attending the hajj against swine flu, ...