King Abdullah Abdel-Aziz of Saudi Arabia opened the session of the third Organisation of Petroleum Exporting Countries (OPEC) summit by announcing a grant of $300 million "as a seed" for research on climatic change, environment and energy resources.

"I hope that (oil) producing and consuming countries will engage in a similar programme, an endeavour that guarantees the well-being of the environment," said the Saudi monarch in his opening speech Saturday.

"Protecting the planet" and the world's ecosystems was a benchmark on the summit's agenda where the OPEC members have vowed to "recognise the need to ensure that providing reliable energy supplies is done in an environmentally conscious manner".


The heads of state of the 13-member OPEC convened in Riyadh for a summit overshadowed by the falling value of the US dollar, rising oil prices and the effect on poorer nations despite its focus on such issues as energy supplies, climate change and fighting global warming -- matters of less impact to concerns on oil prices and quotas, according to observers.

This was not to say that rising prices of oil had no effect on the meeting's mood. In his speech, Abdullah seemed compelled to defend the soaring prices hovering around the 100 dollar-a-barrel mark, by saying inflation had lessened the value of the dollar over the years.

"The real current price of oil -- if we bear in mind the inflation rate -- has not even reached its equivalent in the 1980s," said the king.

"We have founded a treasury for development whose investments reach more than 120 countries worldwide -- aside from aid," said Abdullah. "Facts prove that OPEC always behaves against a backdrop of fairness and wisdom."

Researchers Reveal Why Eyes See Things Changing Colour
Researchers at the University of Ljubljana in Slovenia have solved the mystery behind why people occasionally see things change colour before their eyes.
READ MORE 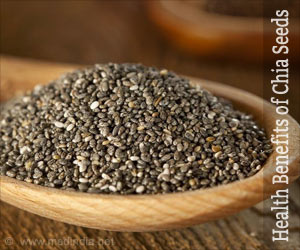 Health Benefits of Chia Seeds
Chia seeds have made a splash in the health industry and are now considered to be a superfood. This article will elaborate on the many benefits of consuming this tiny seed packed with nutrients.
READ MORE