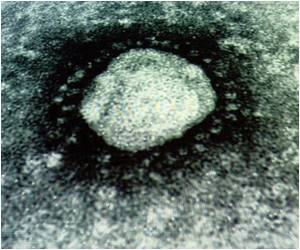 During the past few days, five Saudis have died of a new SARS-like virus, says the health ministry.

In a statement cited by the Saudi SPA agency late on Wednesday, the ministry said that all the deaths as well as the infections occurred in the Ahsaa province in the oil-rich eastern region of the kingdom.

Known as novel coronavirus or hCoV-EMC, the virus was first detected in mid-2012 and is a cousin of Severe Acute Respiratory Syndrome (SARS), which triggered a scare 10 years ago when it erupted in east Asia, leaping to humans from animal hosts.


hCoV-EMC stands for human coronavirus-Erasmus Medical Centre, after the Dutch health institution that identified it.

The health ministry said it is taking "all precautionary measures for persons who have been in contact with the infected people and has taken samples from them to examine if they are infected."
Advertisement
However, the ministry gave no figures for how many people have been examined to see if they have the lethal disease.

Riyadh has accounted for most of the deaths, with 11 people including the five new fatalities.

Coronaviruses cause most common colds and pneumonia, but are also to blame for unusual conditions such as SARS which killed more than 800 people when it swept out of China in 2003.

The new virus is different from SARS, in that it can cause rapid kidney failure.

The strain is shrouded in mystery, and the World Health Organisation (WHO) does not yet know how it is transmitted or how widespread it is.

WHO said a 73-year-old Saudi man died in Germany in March from the lethal new virus. He had been travelling in Pakistan and Saudi Arabia before falling ill, and was transferred to Munich from Abu Dhabi on March 19.

Six research monkeys infected with novel human coronavirus were found to quickly develop pneumonia, according to a letter by National Institutes of Health experts published in the New England Journal of Medicine.

After being exposed to samples of the virus, the rhesus macaques fell ill within 24 hours, with symptoms including elevated temperature, lack of appetite, coughing and fast breathing.

The letter is the first to describe animal research on the virus.

Last month, scientists reported in Nature magazine that the virus appears to infect the body via a docking point in lung cells, and suggested that bats may be a natural reservoir for it.

Researchers believe the virus can be transmitted from human to human, although such occurrences appear to be uncommon.

Current research has been limited to studying cases in people who have been hospitalised with severe illness.

It remains unknown whether the disease is truly rare and acute, or if it may be more abundant but mild so as to escape detection most of the time.

Researchers Find SARS-Like Virus Seems to Cause Deep Lung Infection
Researchers have revealed that a new and deadly virus appears to cause an infection deep in the ......

A Decade After: SARS Outbreak That Changed Hong Kong
The SARS epidemic changed the landscape in Hong Kong almost irreversibly....