Saree Back into the Spotlight 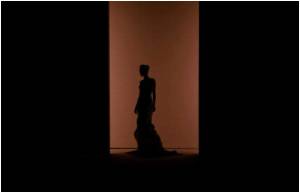 As the platform heeled-models sashay past the flash of cameras to the sound of U2, Sabyasachi Mukherjee surveys the progress of his campaign to drag the sari from the back of the closet onto the catwalk.

"Too many women think of the sari as something that is very backward and not cool," the award-winning Indian designer told AFP.

Shower That Washes Your Clothes While You Take Bath

A Turkish inventor has designed a combined washing machine and shower in a bid to save water.
Advertisement

"I want to tell them: 'The sari is beautiful, it is forgiving, it is unique, and it is exotic to the whole world'."


Mukherjee's efforts to modernise the sari by using unusual fabrics such as velvet while maintaining its iconic silhouette is fuelling a revival of the traditional drape.

Workout Clothes That Buzz When You Go Wrong on the Anvil

Designers are ready to launch gym-ready clothes to improve your performance while exercising.
Advertisement
Arguably India's most successful fashion designer -- whose brand has an annual turnover of $11 million -- 38-year-old Mukherjee is passionate about the garment.

Young, career-oriented women had been pushing the sari to the back of their wardrobe, finding them difficult to tie and unsuited to their busy lifestyles.

Having first made a name for himself for his mini-dresses, Mukherjee has more recently devoted his efforts to designing pre-pleated and easy-to-tie saris that are at the same time exquisitely embroidered.

"When I was young I migrated to western clothing," he recalled.

The designer started his Kolkata-based company with a staff of two tailors in 2001, borrowing $400 from his sister.

An immediate hit in Indian fashion circles, he used indigenous textiles to design mini-dresses, which were stocked at leading London stores such as Selfridges.

Despite his change of focus, his popularity has not waned and his most recent fashion show this summer played to a packed house.

After a popular Bollywood actress strolled onto the catwalk, dressed in a full-skirted tulle sari, a bevy of models appeared, many wearing pre-pleated saris covered with lace appliqués and accessorised with high heels.

It is all part of an effort to attract a younger, more style conscious clientele, Mukherjee explained.

"I am a purist at heart, I like traditional saris. But I often flirt with the sari to keep people interested, modifying it in little ways," he said.

He has also made substantial forays into Bollywood as part of his campaign to restore the garment's supremacy in the Indian woman's closet.

In addition to dressing leading actresses including former Miss World Aishwarya Rai and Vidya Balan for their red carpet appearances, he has designed costumes for several Hindi films.

According to Shefalee Vasudev, an author and founding editor of Marie Claire India, Mukherjee is a fashion visionary.

"He realised that in the storm of bling and global brands, nothing will stand out. If everyone has Louis Vuitton and Hermes, they are going to need something else to stand out from the crowd," she told AFP.

At one of Mukherjee's stores in Delhi, cotton, silk, tulle and organza saris are displayed against a backdrop suggestive of an India that no longer exists, with dozens of antique clocks and vintage photographs lining the walls.

"The traditional Indian sari is very difficult, you know, to understand and wear. It's tedious to wear," long-time customer Kirti Sharma, 26, said while adding that she owns several Sabyasachi saris.

"The blouses are simple, slip-ons. Sometimes it's already tied - the pleats - so you can just tuck it in and ... and you are ready to go. So things like these have of course made it very easy."

Mukherjee plans to open more stores across India, where he currently has four shops, before expanding overseas a few years down the line.

"It's the biggest mistake for Indian designers to ignore the sari. Western brands have so much more experience with western clothing and they can pretty much obliterate local competition as they enter our market," he said.

Since he gave the sari a shot in the arm, several other Indian designers have experimented with the garment, using materials such as lycra and leather.

Fashion industry observers say Mukherjee's success reflects an emerging self-confidence among Indians who are keen to hold on to their past while the country undergoes significant change.

Vasudev said its appeal among Indian women revealed that "deep in our insides we still want a piece of our mother's closet, our grandmother's closet".

She added: "We are not so comfortable with the shortest dress, with the little black dress. And if we are, we must have a piece of India as well."

Young kids aged 8 to 18 would rather have a smartphone, laptop or tablet than new clothes, a new survey has revealed.
Advertisement
<< Recent Research on Cancer Vaccine by Surgeons from U.S Army
Asia Is Competing With US And British Universities >>