Sanitation in India to Use Breathable Fabric Technology 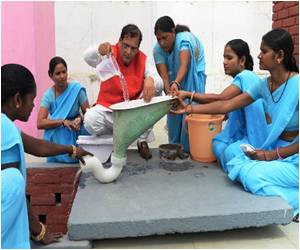 A new breathable fabric is at the first stage of field test in India, which can be used to line pit toilets and other basic sanitary facilities in developing nations.

The fabric, which researchers from University of Delaware, are developing is similar to that used in sports jackets and raincoats and it only allows tiny water vapor molecules through.


Researcher Steven K. Dentel realized this could be a valuable way to filter out liquid water from human waste, letting the pure water escape while retaining everything else. Sewage placed in a container of this fabric would become dehydrated and therefore less hospitable to bacteria and other disease-causing organisms.


Researcher Shray Saxena said that a lot of people in India right now don't have improved toilet systems and even in cities like Kanpur, which are really quite developed, people do not have these facilities available to them.

Because sanitation in these cities is often decentralized, an advantage of this disposal system is that it does not require connection to central water or sewage lines.

Families in two cities, Kanpur and Puri, are trying out the new "eco-vapor" toilet system, with sewage collected in 55-gallon drums lined with the breathable fabric, allowing water vapor to evaporate.

The group is observing how the fabric performs under varying conditions of heat and humidity, which affect the rate at which water diffuses through the membrane. If external humidity is high, the lined drums may fill up before enough of the water can evaporate. 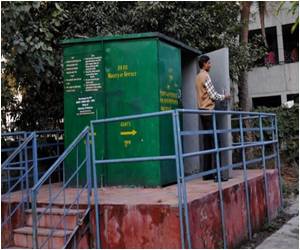 World Water Day  'Water and Sanitation for Life'
A special report on World Water Day, 2008. This year has been declared as the International year of Sanitation.
READ MORE