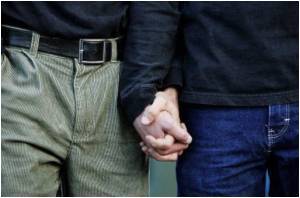 Lawmakers in Maryland have given their approval for a bill permitting same-sex marriage.

The state Senate voted 25-22 to approve the bill, which had earlier gained approval from the lower House of Delegates, according to a government website. Maryland would become the eighth US state to allow gay marriage.

Pious Christians of San Diego County in Los Angeles have come together to fast and pray for the passage of a Californian law against same sex marriages.

Governor Martin O'Malley has said he will sign the legislation. It was not immediately clear when the bill would be sent to him for his approval.

A federal judge has overturned California's ban on same-sex marriage, the opening salvo in a high-stakes legal battle expected to take years to resolve.

Last week, lawmakers in New Jersey approved a bill legalizing same-sex marriage, but Republican Governor Chris Christie vetoed it, saying the issue was so important "it should be left to the people of New Jersey to decide."

Christie, a rising star in the Republican party, has advocated a popular referendum on the issue.

Such a vote by New Jersey citizens, as opposed to their representatives in state government, he said, was "the only path to amend our state constitution and the best way to resolve the issue of same-sex marriage in our state."

Gay marriage was briefly authorized in California in 2008, but later banned by a referendum re-writing the state's constitution to restrict marriage to unions between a man and a woman.

A US federal appeals court earlier this month declared the California ban on same-sex marriage unconstitutional.

Opponents are expected to appeal, and the legality of same-sex marriage will likely be decided by the US Supreme Court.

Lesbian, gay and bisexual (LGB) individuals, who live in states that instituted bans on same-sex marriage are more at risk of developing psychiatric disorders, according to a new study.

The stigma linked to staying single is gradually disappearing. More people opt to stay single and many even ...
This site uses cookies to deliver our services.By using our site, you acknowledge that you have read and understand our Cookie Policy, Privacy Policy, and our Terms of Use  Ok, Got it. Close
X