Same-Sex Couples Find Courage to Come Out in Kinshasa 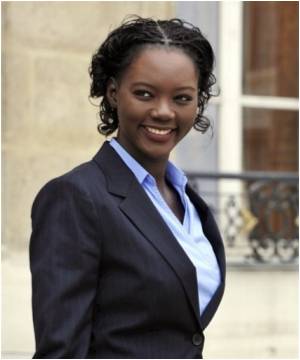 It still takes courage for same-sex couples to come out in Kinshasa despite being free of the anti-gay laws.

Dida, a hairdresser in the capital, said he had no qualms being openly gay -- although he, like others, asked for his name to be changed for the interview.


"My own parents accepted me as I am and as for others, I don't give a damn what they think," he told AFP, confidently.


But Arthur, a basketball player in his 30s, struggles with the social stigma in a country where many see homosexuality as sinful, or unnatural.

"I'm afraid of what my family will say, my friends, others around me. I don't feel at ease with myself."

Far from outlawing homosexuality like Uganda, where draconian legislation has sparked a global outcry, the Kinshasa government has included measures to help AIDS prevention for the gay community.

But as the country marks the International Day against Homophobia on Saturday, Congolese NGOs say gays still face being cast out by their families, or forced into prostitution to survive.

Gays and lesbians face "verbal and moral violence and isolated cases of blackmail as well as threats", which drive them "under cover" or even into exile, said a gay rights activist who calls himself "Justice Walu".

- 'Incompatible with the Bible' -

Gays in the DRC meet online, or in gay-friendly bars and nightclubs.

But women have to be more discreet than men, with lesbians -- as elsewhere in Africa -- facing the terrifying prospect of "punitive" rapes.

Sirius, a 31-year-old lesbian journalist, spoke from bitter experience. "Almost every day in the district, you get looks and insults and stigmatisation."

"One day, in 2007, I was surrounded by boys who told me they were going to rape me to give me a taste for men, that whatever I did I was still a woman," she added.

"They beat me to weaken me and then rape me, but I was able to defend myself and run."

Attitudes towards gays range from the openly hostile, to the mildly suspicious.

"Those people, they were created by God, I don't see a big problem," said Kinshasa taxi driver Michel, in his 40s. But when it comes to his own family? He would disavow his own son if he were to come out as gay.

Resident Jean Muke called homosexuality "a serious defect". "If Europeans are fine with this, then good for them, but we should be true to our own culture."

In a nation where Christian sects have a strong following, many look on gays and lesbians as "demons" or even "witches" -- beliefs echoed by some gays themselves.

Gays who believe themselves possessed hold long prayer sessions, and wrestle with guilt over their sexuality.

"I tell myself that it isn't my fault, but it's incompatible with the Bible," said Arthur.

"We should try to change the young people's way of thinking, we should show them that it has nothing to do with witchcraft and it's not a flaw," he said.

"We don't become homosexuals, we were born that way."

In November, a bill to make homosexuality a punishable offence was brought before parliament, raising concern among activists and intense social debate. The bill has yet to be debated. The last bid to introduce such legislation failed in 2010.

"People must not vote for a law that could lead to more violent aggression," warned Justice Walu.

Robert, a 46-year-old human rights activist, does not consider gay and lesbian rights part of his brief.

"Homosexuality is a crime because those who made this choice have decided to stop procreation," he argued. "This is a threat to humanity."

Social hostility drives some Congolese gays to marry a straight partner, and live their sexuality in secret.

But others are determined to be open about who they are -- and look enviously to the rights enjoyed by gays in a growing number of countries in Europe or the Americas, to marry or adopt children.

Unemployed Pierre lives with his partner, and has no wish to marry. But he would give a great deal to have children. "I want to know what it would be like to be a father."

Dida has been in a relationship with a Dutch man for seven years.

"We plan to get married in France in July, at Saint-Tropez," he said. "We would like to adopt. That is a matter I'd like to take up quickly after the wedding."