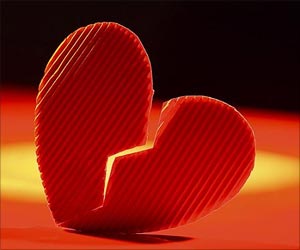 The relationship between a sound mind and sound body has been noted for the first time by a Roman philosopher, which the researchers reveal a possible biochemical explanation. The findings of a new Johns Hopkins study offer this explanation.

The research, published ahead of print Jan. 12 in the Proceedings of the National Academy of Sciences, reveals that a protein already known to act as a natural antidepressant, enhance learning and memory, power nerve cell growth, and nourish blood vessels is also a central player in maintaining heart muscle vitality.

The team's experiments, conducted in mice and lab-grown heart cells, show this multi-tasking protein, a nerve-growth factor called BDNF (brain-derived neurotrophic factor), helps sustain the ability of heart muscle cells to contract and relax properly. The results reveal that either BDNF deficiency or cell insensitivity to BDNF's presence can precipitate heart muscle dysfunction, particularly under conditions of chronic or repeated physical stress on the heart, such as endurance training or high blood pressure. Specifically, the researchers tracked BDNF's role in a cascade of molecular signaling events in heart cells, the disruption of which led to heart muscle failure.


If confirmed in humans, the research team says, the findings could pave the way to new treatments for certain forms of heart failure, a disorder that affects nearly 6 million Americans and more than 23 million people worldwide.

Antidepressant Use During Pregnancy may Cause Autism in the Child

The findings of a recent study suggest that the use of antidepressants during pregnancy increases the risk of autism without intellectual disability in the child.
Advertisement
In addition, because of BDNF's well-known antidepressant effects and its role as a booster of nerve cell health, the research teams says the results suggest a possible biochemical link between depression and heart disease, two disorders that tend to occur in concert but whose relationship remains poorly understood.

"Our results are not only a vivid reminder of the astounding complexity of the heart's chemistry and physiology, but also a striking example of the ability of a single protein to act on multiple fronts and affect many organs and functions," says lead investigator Ning Feng, M.D., Ph.D., a cardiology fellow at the Johns Hopkins University School of Medicine.

The findings also can help clarify the biological means behind recent - and unexplained observations - that heart failure patients whose cardiac function worsens during physical exertion have low levels of BDNF in the blood.

In an initial set of experiments, the scientists isolated cardiac cells from rodents with either normal or failing hearts in a lab dish and exposed the cells to BDNF. The normal heart cells responded by contracting and relaxing vigorously in the presence of BDNF, a phenomenon marked by peaks of contraction-triggering calcium flow into the cells. However, cells obtained from failing hearts, even when awash in BDNF, responded weakly or not at all. To determine why, the team homed in on BDNF's receptor, a molecule called TrkB, located on the surface of cells and responsible for receiving BDNF's chemical signals and transmitting them inside the cell. Compared with cardiac cells from mice with normal hearts, the failing heart cells had a slightly different version of the TrkB receptor, one that produces less of a catalyst protein responsible for triggering critical signaling inside the cardiac cell. This slightly sub-performing version of the receptor was less responsive to BDNF, rendering the heart cell less sensitive to it. While this TrkB variant is fairly common and does not necessarily portend disease, it may render the heart cells of those who carry the altered version less capable of using BDNF, the researchers say. Mice engineered to lack TrkB receptors in their heart cells developed impaired cardiac function. Their hearts contracted poorly, pumped blood less efficiently and took longer to relax after each beat.

"Taken together, these findings show that any abnormality in the way BDNF communicates with its receptor appears to unlock a cascade of chemical glitches that eventually leads to poor cardiac function," Feng says.

The investigators say that disruptions in proper BDNF-TrkB signaling can even explain what drives chemotherapy-induced heart failure, a serious and well-established side effect of certain cancer treatments. Such treatments include chemicals that block multiple growth-factor receptors, TrkB among them, to halt tumor growth. And while this approach is critical to stave off cancer progression, it can also inadvertently lead to heart failure by interfering with the ability of cardiac cells to respond to the BDNF circulating in the body.

Another important finding, the researchers say, is that mice with missing BDNF receptors remained sensitive to adrenaline, the neurotransmitter released during fight-or-flight situations to infuse the heart with extra energy needed for peak cardiac performance during bouts of intense physical or emotional activity. The finding, the scientists say, means that BDNF affects cardiac function independently and separately from adrenaline by providing continuous, low-level fuel for heart contraction under normal conditions or prolonged periods of slightly elevated cardiac output, such as endurance training.

The researchers point out that low levels of BDNF by themselves may not be enough to cause immediate heart disease, but chronic BDNF deficiency or insensitivity, compounded by additional physiologic or pathologic stressors, is a main culprit in fueling the disease.

"In the absence of chronic stressors, such as hypertension or an elevated workload of the heart muscle, BDNF deficiency may not cause full-blown disease, but it could be the proverbial straw that leads to a 'broken heart'," Paolocci says.

The research was funded in part by the American Heart Association under grant number GRNT17070027 and by the National Institutes of Health under grant number T32HL-0227, with additional funding support from the Magic That Matters Fund of the Division of Cardiology at Johns Hopkins.

The healthiest baby foods can be made at home. Products from big brands that claim to develop infants health ...