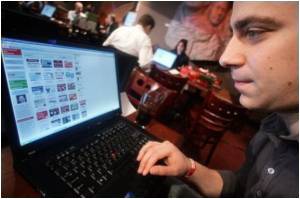 Salvos has launched its first online store and Australians can go charity shopping with a conscience.

Salvos general manager Neville Barrett stated, "We believe that this is the first website of its kind in Australia."   The idea of a website had come from several community members who told the Salvation Army they would like to have access online.

In a recent survey it has been found that the best way to make yourself happy is to help someone in need.
Advertisement

Mr Barrett said the website was a new step toward continuing the charity service the organization did through food kitchens that, unfortunately had to close down because of the devastating floods in Australia.

Researchers at University of Bonn claim that they have found an 'altruism gene' that makes people more charitable.
Advertisement
Advertisement
This site uses cookies to deliver our services.By using our site, you acknowledge that you have read and understand our Cookie Policy, Privacy Policy, and our Terms of Use  Ok, Got it. Close
×