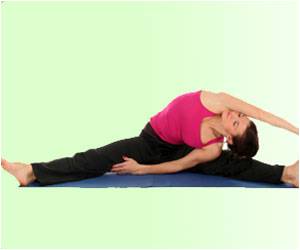 The more physically active you are, the less your blood pressure rises in response to a high-salt diet, says study.


Investigators compared study participants' blood pressure on two one-week diets, one low in sodium (3,000 mg/day) and the other high in sodium (18,000 mg/day).

Blood pressure is the pressure of the blood flowing through your blood vessels against the vessel walls. Just by entering you age, you can get the accurate range of blood pressure value.
Advertisement
The participants were 1,906 Han Chinese adults (average age 38) in the Genetic Epidemiology Network of Salt Sensitivity (GenSalt), a large project to identify genetic and environmental factors contributing to salt sensitivity.

"The study needs to be repeated, but I suspect that the relationship between physical activity and salt-sensitivity will apply to other populations," added Rebholz.

The study has been reported at the American Heart Association's Nutrition, Physical Activity and Metabolism/Cardiovascular Disease Epidemiology and Prevention 2011 Scientific Sessions.

Too Much Salt Not Good!

The World Action on Salt and Health (WASH) has sponsored the World Salt Awareness Week, March 21 to 27, 2011, the theme of which is Salt and Men's Health.
Advertisement
<< High Intake of Omega-3s Help Curb Obesity-related Disease R...
Sitagliptin Effective In Preventing Diabetes >>