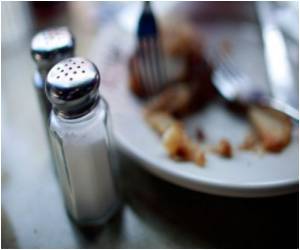 The soda study examined 2,564 people in Manhattan and found that those who reported consuming diet fizzy drinks daily had a 61 percent higher risk of vascular events than people who said they did not drink any soda at all.


"If our results are confirmed with future studies, then it would suggest that diet soda may not be the optimal substitute for sugar-sweetened beverages," said lead study author Hannah Gardener at the University of Miami Miller School of Medicine.

Stroke can cause permanent disability and it is important to recognize its early warning signs to stop its progress. Early warning signs of stroke include sudden weakness of facial muscles.
Advertisement
A second study looked at 2,657 participants in the same area and found that high salt intake was linked to a dramatically increased risk of ischemic strokes, in which a blockage cuts blood flow to the brain.

People who reported eating more than 4,000 milligrams of sodium daily -- the amount contained in four large orders of french fries in the United States -- faced twice the risk of stroke as people who consumed less than 1,500 milligrams per day.

The average American consumes about 3,000 milligrams of salt per day, according to the study, though previous research has said it could be as high as 4,000 milligrams per day.

Current dietary guidelines in the United States urge people to consume less that 2,300 milligrams of sodium per day, or about a teaspoon of salt. The American Heart Association recommends less than 1,500 milligrams per day.

Animation of Heart Attack symptoms. Heart attack is caused due to ischemia of the heart muscles that results in pain and the other symptoms of heart attack.
Advertisement
Advertisement