Sailors Stranded Since August With No Medical Help 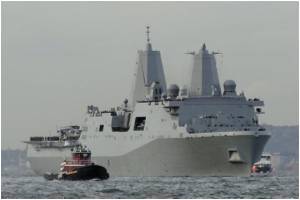 The shipping ministry has ordered the Chennai Post Trust to immediately supply food, water and basic essential items to the 10 Vietnamese and 6 Burmese sailors of MV Bien Nam, who have been stranded since August last year and are starving since many days. With the help of the vessel's city-based agent, the Port officials have made arrangements for the supply of these essentials. The vessel has been abandoned due to technical reasons and the owner proclaimed bankruptcy. There is no power supply on the ship and the main engine is totally damaged. The ship has been anchored about 3miles from the Chennai Port.

However this is just a temporary relief and the problems which the sailor's have been facing on the dead vessel have not yet been resolved. Without functional engines the vessel is also threatening to cause accidents in the outer seas. A senior Port official said, "We cannot bring the vessel to the shore as it is abandoned. If the sailors are to be brought to land, there would be none to take care of the ship that could drift posing a danger to other vessels. If we bring the ship to the port, who will pay the berthage charges?"

Captain Iwin continuously sent out cries for help to the Sailors Helpline at the Chennai port. However, the Sailor's Helpline Coordinator said that although they were willing to help, the port authorities could not do anything due to lack of legal provisions. The vessel's captain MV Bien Nam said, "One of my colleagues is having internal bleeding of the intestine. Many sailors are facing severe breathing difficulties. I am a heart patient. I have never experienced such a severe breathing difficulty in my life. We do not have any medical provisions in case of an emergency. Living on board a dead vessel in a disturbed sea can make you mad." The captain has thanked port authorities for the temporary provisions. While theÂ Vietnamese Embassy in New Delhi is trying to contact the ship's owner in order to settle this case.